IS DOWNSIZING THE ANSWER TO PHYSIQUE ISSUES IN BODYBUILDING? 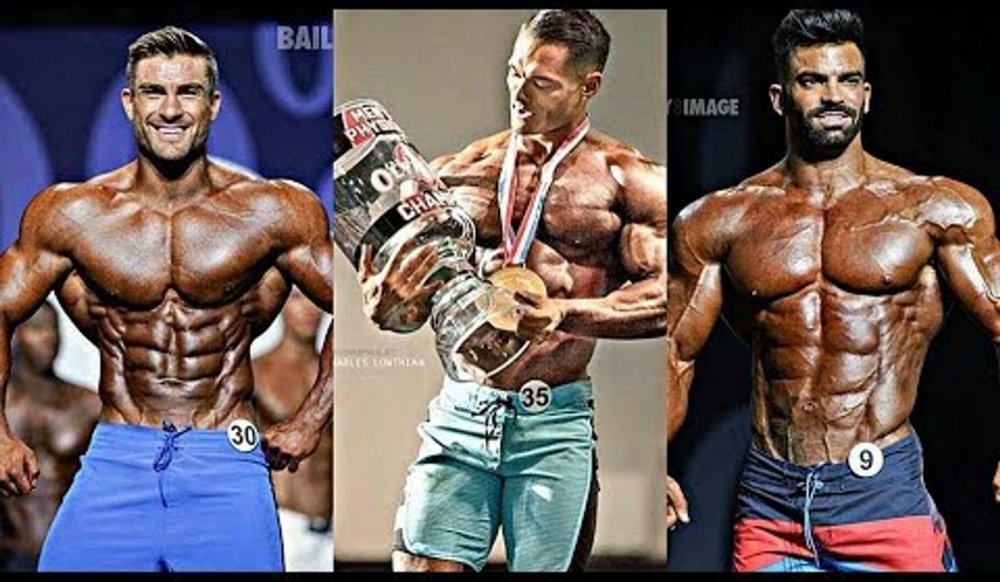 It’s 2021 and bodybuilders are bigger than they’ve ever been and there has been much talk regarding which bodybuilder is better than another in a different era and what the separation is between bodybuilders of today and yesteryears. While I’m not going to get into that debate in particular because I have too much respect for ALL the bodybuilders across all eras, I AM going to talk about an area I feel that has gotten out of control. In my opinion, it all stems back to the bigger is better and it’s causing major physique issues.

The Only Way to Fix Physique Issues in Bodybuilding Today

If you were to look at the physiques at the Olympia over the past five years and then you look at the physiques at the Olympia 20 years ago, they’re drastically different. Both sides of the spectrum have their own unique looks, but one area that has gotten out of control is the waistline. The waistline brings up one of the biggest physique issues we have seen in the history of the sport.

While it’s gotten better, such physique issues circle back to a competitor feeling that they need to put on as much size as quickly as possible which blows up their waist. Following a show, bodybuilders look at their own physique to see if they made improvements from show to show but then they also look at the comparisons side-by-side with the other competitors who beat them to see where they need to improve.

Unfortunately, many blame their size not being up to par with the others on stage. Then it becomes a race to add size at all cost. Which essentially costs them their waistline and destroys their overall look.

Much Criticism Over the Years

No one is safe or protected from criticism regarding their stomach. Phil Heath, Mr. Olympia, has been criticized over the years for his midsection – in fact, many believe that his midsection is what caused him to lose to Shawn Rhoden. Now, we understand Phil was suffering from yet another hernia issue when he lost, but even before his hernia issues, his stomach was starting to get a little out of control and quite a bit wider.

Kai Greene is another name that has been brought up in conversation regarding this topic. We can all remember the famous image of Marcus Haley hitting an ab pose and before he fully contracted, flexed, and pushed out all the air, it looked like he was going to give birth right there on the stage.

Roelly Winklaar has been criticized heavily for his massively distended stomach. Luckily for Roelly, he realized he had an issue and took an entire year to work on tightening things up.

When Dexter Jackson was trying to get bigger to compete with the other Olympians, his midsection got out of control for about a year or two. Then he started dialing it back in and got things back to his razor-sharp conditioning and tiny waist. Now if only the others would follow suit.

Would Competitors Be Willing to Downsize to Fix These Physique Issues?

You would never see a bodybuilder from back in the golden era turn sideways and look pregnant on stage – it would never happen. But then again back then, they weren’t walking on stage at 250+ pounds either. So, I guess it’s not a fair comparison. That being said, the physique issues that we are seeing today (in my opinion) isn’t a matter of someone isn’t big enough to compete with the top contenders. To me, it’s a matter of blowing out their stomachs and distorting their lines and aesthetics.

Competitors should focus on shrinking their waist, not necessarily adding more mass. If they were to tighten up their midsection and bring it down a bit, it would make everything else on their physique look bigger and more enhanced. Their lats would be more pronounced. Their legs would look bigger. Their shoulders would look wider. The list goes on and on.

Bodybuilding is a game of smoke and mirrors. Everything is an illusion. What can you do to create the appearance that you’re bigger than you really are? How can you cause the judges and spectators to focus on the strong points of your physique while hiding the weak? From the oil to the lighting, to adding color with a tan and lotions, all the way down to how they pose to accentuate areas of their physique and make them look freaky helps create the illusion they are looking for. These things help bring out the deep cuts and separation and enhances their look.

I’m not the only one who feels this way either. Others in the industry have spoken openly about it (including Arnold, himself). A few months ago, I watched an interview with Bob Cicherillo and he brought up the point that for bodybuilding to improve, competitors need to shrink the waist, not add more mass and look like a cartoon character because it just doesn’t look right. And I’m going to be the first to give Bob props for bringing it up and being open about it since Bob and I rarely see eye-to-eye on anything. He’s way more politically correct when it comes to the sport and talking negatively about it than I am, and it makes sense because he gets a paycheck from the sport.

But overall, are bodybuilders today willing to downsize to fix physique issues? I don’t think so. What worries me is that it’ll get worse as the new guys working their way up want to fast-track their results by doing “whatever necessary” and essentially following in the footsteps of all the other competitors who we point out their stomach issues. I’d like to think I’m wrong, as we could definitely improve the physiques we are seeing on stage today.