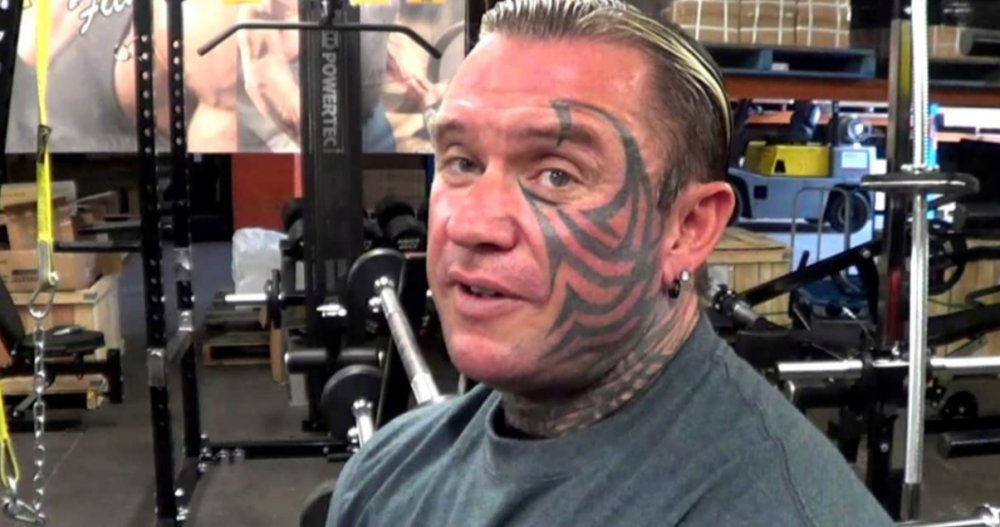 As Kai Greene walks around at 317lbs looking his all-time best, and training as if he might be staging the comeback of the decade, many people in the industry just can’t get enough. The fans have been begging for this, ever since Kai semi-retired from the stage after the 2016 Arnold Classic.

There have been years where it looked like The Predator would reclaim his spot among the very best, battling for the biggest title in physique-based sports. One year, it came down to hours. Kai was in shape, he was ready to go, but he just couldn’t sign his contract, he just couldn’t do the show, even though he made a video a few hundred yards down the street. Kai is a complicated guy, who holds very strong lines in the sand. You can say whatever you want about him, but you have to admit the guy places a great deal of value on his personal values and principles. There’s a lot of talkers in bodybuilding, but how many are willing to really walk the walk? It’s easy to run your gums – kind of like how Lee Priest has done his whole career – but when push comes to shove, what do you really stand for? What are you really all about?

We all know that Lee revolted and never came back, but what exactly was he revolting against? The guy got a boatload of contracts, covers on all the magazines, and great placings – including a Top 6 at the Olympia. What the hell did Priest have to complain about? To date, fifteen years since he last competed on an IFBB stage, I still don’t know what Lee’s whole agenda was all about. If he cared about improving the conditions of athletes, he would have been at the meetings, standing side by side with real leaders like Shawn Ray and Bob Cicherillo. Instead, he was nowhere to be found. All we know is here’s a guy who left competing with the best, to compete on lesser stages, getting older, and now does videos with RXMuscle. For years, all he did was talk about comebacks, how he could beat Flex Lewis when he was on top, and/or talking about how the 212 was basically made for him. We never saw Lee stand next to The Welsh Dragon, we never saw him get his pro card reinstated, and we may never see him compete again, but that hasn’t stopped him from teasing the fans. Some call that a way to stay relevant, but others just call it an artform. Kai does it all the time. Others employ it, to varying degrees, but all in all, it’s marketing. Oddly enough, Lee is preaching to Kai about something he doesn’t practice. Kai could make one post, where he’d leave Priest with nothing to say. “I’ll compete when you do.” Could you imagine the expression on the pint-sized bodybuilder’s face? It’d be priceless. Still, the question remains, will Kai compete?

I often call Kai the most popular bodybuilder on Earth – second only to Arnold Schwarzenegger. Some people disagree, but to them, all I say is, look at numbers. Go to Twitter, for example. No one in the fitness industry does well there, but Kai does. Look at YouTube, Facebook, and Instagram. Look at Kai anywhere. From e-books, to personal training, to appearances. Unlike many top bodybuilders, Kai isn’t limited to guest posing or walking around the audience at a bodybuilding show. He can and has been featured at comic book conventions, film festivals, and art showcases. Much like Lou Ferrigno and even Kevin Levrone (during his acting/music days), Greene is known by a variety of different segments of society. Believe it or not, there are people who celebrate his role in Stranger Things or Generation Iron films, but may not be overly familiar with his competitive record. There are others who may know him because of his art.

It’s hard to look at Kai and not at least realize he’s a bodybuilder, but what I’m getting at is that Greene is popular for a variety of reasons – beyond the muscle. Still, the lion’s share of his fanfare is due to what he’s accomplished on stage. His fans are fanatical and they believe he was robbed several times. Many call him and truly recognize him as an uncrowned Mr. Olympia. He may not have a single Sandow on his mantle, but in the realm of public opinion, he has the equivalent of many. In fact, Kai’s popularity has always far surpassed Phil’s. If reach translates to money, Kai will be on top of the world for a long, long time. So why return to the stage?

There’s a camp that believes that when Kai left Dynamic Muscle and formally joined Redcon1, that Aaron Singerman may have forced a competition clause on him. There’s absolutely nothing to substantiate this. All there is, is the wishful thinking of millions of fans all around the world. Many want to see the epic showdown that will, likely, never be. They want to see Kai face Phil, but Phil is no longer the defending champion, he’s no longer at his best, and he may not get on stage again. If he does and he’s not a 100% and Kai wins, it won’t be anywhere near as epic as if it had been in 2013 or 2014. Moreover, Kai would have to beat Big Ramy, a personal friend, and someone who’s waited for many years to get to this point.

For Ramy, bodybuilding is all he has, but the same can’t be said for Greene. IF – and that’s a big if – Kai competed, I don’t think anyone thinks he’d hold onto the title for long. It’s not because he couldn’t, it’s because I think he’d grow bored with having to eat, sleep, and breathe defending a title. Bodybuilding will always be life for The Predator, but not necessarily the stage. If he did come back, I think the Arnold and/or Olympia would be one-time events and afterwards, Greene would check them off his list. That being said, IF (another big if) Kai comes back, it’ll be on his terms, not because of media pressure. All Dave is doing is promoting soundbites, in the hopes that people care enough to watch the whole 58 minutes worth of content. The hope is that viewers watch long enough, to buy some protein powder, a box of fruit filled protein treats, and maybe a t-shirt or two. That’s the name of the game. Quick hits and catchy soundbites.

I wonder if Lee believes his own hype? It’s not like he’s the first and he certainly won’t be the last to add their voice to that of the many calling on Kai to make this year – the year! Everything has been tried before, without any success. Maybe Priest’s plea might not fall on deaf ears. Maybe Kai appreciates Priest’s track record and respects him enough to take his perspective into consideration, but I’d bet against it. Lee’s pull rests with meatheads and a few pro’s, but I wouldn’t say the younger pro’s look at him, the way they look up to Dexter Jackson. If Dexter Jackson pleads with Kai on a bodybuilding program to come back, I can all but guarantee that would elicit a response from Greene. Lee Priest is no Dexter Jackson. Let’s leave it at that. Beyond eliciting a response, such a plea from The Blade, might even get The Predator to sign on the dotted line. For Lee Priest to be expected to hold that level of influence, especially over a living legend like Kai Greene, is just laughable.

Do you think we’ll see Kai on either the Arnold or Olympia stage this year? Is there something unique that really makes 2021 any different from previous years? Do you believe in the existence of any type of competition clause in Kai’s contract?