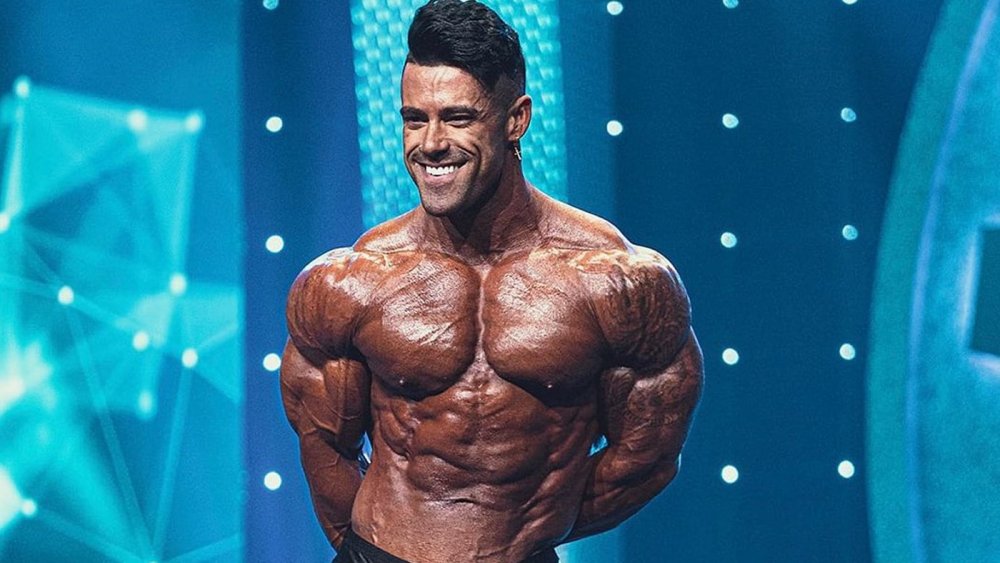 Santi Aragon is by far one of the most liked and respected IFBB Pro’s in the sport. He’s always been very open about his positions on competition, supplements (including PED’s), and the fitness industry. Being consistently transparent is a rarity in a scene that’s all about backstabbing and clout chasing. Nonetheless, if you asked Santi a question, he’d give you his honest opinion.

Over the years, we’ve done several interviews and there’s never, ever, been a situation where he told me any line of questions was off limits. Also, he’s never been one to beat around the bush. Yes, he takes time to articulate his points succinctly, but answers every question asked. A bullshitter, on the other hand, will talk and talk and talk, ultimately, not really saying anything, much less answering the question at hand. It’s not everyday that you meet a pro that’s truly an open book.

Santi is a guy who’s been on the sponsored athlete side and transitioned to owning his own business and growing that company into a full-fledged powerhouse. That doesn’t just happen in an industry typified by a dog-eat-dog nature, where the pie stays the same size, but more and more people race to the table. To be successful, you have to work hard, chase the dollar, but also be all about customer service. Most people in our wonderful industry are so self-absorbed that the idea of caring how others’ shopping experience is like, is completely foreign to them. While it may seem like I’m taking a dump on the bodybuilding world and making Santi out to be a sort of diamond in the rough, he really sort of is. Most people could not do what he does, consistently, over the span of a career as bright as his. That being said, I totally respect his decision to retire now, and here’s why.

The fact of the matter is, there’s really no telling how long it might take for an athlete to earn pro status, especially in bodybuilding. Competition is fierce and unlike other divisions, getting the card is reserved for the very best. Some guys can go pro after a couple contests, while others can easily spend months, years, or even decades in this endeavor. What it really boils down to, is how badly does the competitor want it?

While a competitor may not know how and when they earn professional status, they do, sometimes, have the ability to decide how and when they retire. I say sometimes because there are situations where retirement is the only option on the table. Some guys can be sidelined by health concerns, ranging from kidney failure to heart disease. Others can see a career ended right before their very eyes due to injury. Whether it’s a serious injury or a botched surgery, either, could put competitive physique sports off the table. If walking is in question, then lifting is definitely out, as is competing. Worse yet and without being morbid, we can’t ignore the fact that a number of top tier pro athletes have died in the line of bodybuilding. We can point to preexisting conditions, genetics, and/or bad supp combinations, but the fact is, 2021 has been an exceptionally tough year for the sport.

As Santi said on his IGTV video, he’s retiring with his good health and when he wants to. That’s the ideal way to leave the stage. Although there’s three men’s divisions (technically four), the sport’s in a place where Aragon’s look isn’t a perfect fit for Classic, 212, or Open Bodybuilding. That being said, his look is considered, by most, as being the bodybuilding ideal.

Supplement companies trip over themselves to work with him and years ago, one company even used a portion of his physique (uncredited) to profit off of. Of course, they left his tattoo in the shot and it soon got back to him. That company made things right, however, you know you’ve built something great when you see others profiting off of you. That being said, being perfect for the fitness industry doesn’t always translate to the best placings possible. I still can’t believe Santi didn’t win an Olympia or Arnold. In his prime (which is arguably, now) he could have won either of the biggest shows in physique-based sports. The only knock on him is that some would argue he was too big for Classic, but also not big enough for 212. What the hell does that even mean? Especially when one of the lightest guys in the sport, 212 Mr. O Shaun Clarida, won the top title in 2020!! Then again, Santi’s 212 look wasn’t comparable to Shaun’s; it was all his own.


One of the things I always loved about Santi’s approach to competing and working the industry as a pro, was that he never sacrificed his shape for placings. I don’t think blowing up size-wise was ever appealing to him. What’s the use in being heavy and puffy, if you don’t have a tight midsection? What’s the point of being so muscular that you’re no longer athletic? Some of the freakiest mass monsters get winded after walking 20ft and they’re usually drenched in sweat and gasping for air. What’s the point of being so big you can’t wipe your own ass? To guys like Santi, having the best shape, the best condition, and bringing the house down with artistic and entertaining posing, is what it was all about. Being a good person didn’t hurt, either.

Now, far be it from me to paint the Cuban-American physique sensation as a choirboy. That he was not. He partied, he drank, and he had a life outside the world of chicken breast and sweet potatoes. But isn’t it weird how just because he stopped competing we’re talking about him all in past tense? Well, I guess “we,” is me, but you get what I’m saying. Santi is very much with us and will continue to be a driving force in the industry; however, he will no longer be competing. And I think this kind of announcement is the right thing to do for the fans and the media.

Some guys spend years inactive, without ever confirming what their actual status is. They know full well that they’re done, but for whatever reason they toy with their supporters. Either they give vague answers or they simply ignore questions when they’re on IG Live or doing an interview at a contest or expo. Some athletes who are, essentially, retired, choose to be dodgy on the subject of retirement because they don’t want it to affect their ability to land and retain lucrative contracts. Is that playing it straight? Of course not, but that’s what most do. Santi is the exception. He didn’t need a big send off or a huge media build-up in order to get this off his chest. He simply took to his own Instagram and spoke like one would to a good friend.

From the first time I met Santi at LA Fitness in North Miami Beach, FL, thanks to our mutual friend Shawn Rascona, he has always been stand-up. Here’s a guy who could get 10x more views than me, just for blowing his nose, but he’s never turned me down for an interview and he treats me the same way he would if I worked for MD, RX, or Generation Iron. For a DIY journalist like myself, that’s huge. I’m a one man act competing against networks, but to a pro who truly wants to grow the sport, it isn’t about that. Every media opportunity is a chance to build relationships, grow brands, and reach more people. If more pro’s carried themselves like him, bodybuilding would be a mainstream sport.

I can’t say enough good things about my friend, Santi Aragon. I applaud him for retiring at 33 years of age, for building a great brand, and for building a reputation in bodybuilding that will ensure he’s always relevant – whether he competes or not – and is always well respected. Good luck with all your future endeavors, my friend!