THAT TIME RONNIE GOT BEAT… 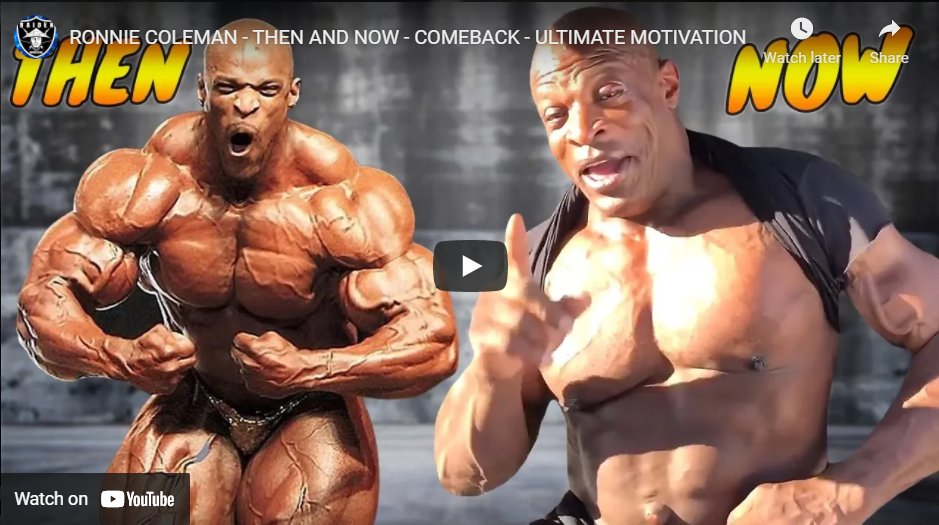 There’s two main camps when it comes to when and where Mr. Olympia’s should compete. If it were up to the fans, the top bodybuilder in the world would always be in contest shape, would guest pose everywhere, and compete, as well. While it’s great to see your favorite bodybuilder guest pose, they seldom, if ever, look like they do at the Olympia.

This is because holding onto stage condition is extremely taxing on the body, not to mention that the Olympia isn’t some random contest, it’s the Superbowl of Bodybuilding, for a reason. Much like the Arnold, but even more so, the Olympia is the absolute most competitive physique-based title in the world. Whereas photo editors employ all sorts of airbrushing and special effects to make photos look impressive in the magazines and big websites, none of that is needed at The O. In fact, the Olympians set the standard. It’s their look that the photographers try to match with their over-finished shots during the year.

With that being said, for a top guy, especially the reigning champion, that’s a look that may very well take the whole year to achieve. Every component is key. Whereas some might call it laziness, for a competitor to only peak once per year, I call it responsibility. Look folks, if you’re the best at something, you don’t need to be the best on lesser stages. If you’re going to do right by your title, then you’re going to reserve your resources and preserve your physique as long as possible. It’s when champions get cocky and think they can hit that stride whenever they want to, that they nearly lose it.

Ronnie Coleman nearly lost his title twice. In 2001, he opted to do the Arnold Classic, and when it came time to defend his title, he nearly lost it to a very hungry New Englander named Jay Cutler. Jay beat him in the prejudging and Coleman was only able to salvage his title by giving absolutely everything in the posing rounds. Usually, whoever wins the prejudging, wins the show. If that lesson hadn’t been enough, Ronnie then competed at a contest far lower-ranked than the Olympia and Arnold. This would be the wake-up call of his career and the topic of this article. When Ronnie lost at the 2002 GNC Show of Strength, it sent shockwaves throughout the sport of bodybuilding. Shockwaves that remain till this very day, some 19 years later. This one contest, drew a line in the sand that no other Mr. Olympia has crossed since. I suspect that none will dare cross it in the future, either.

In 2002, Ronnie Coleman seemed to be on top of the world. He had beat every top guy in the sport. He was on his fourth Sandow, Yates had long retired and wasn’t coming back, and the old guard was on its way out. That crew consisted of guys like Ray, Levrone, Wheeler and Nasser. They still had some good years left, but most of them had had it; there were other things they wanted to do. 2001 had been a close call and I’m sure to a certain extent, Ronnie had Jay on his radar, but so long as he wasn’t going up against him, I’m sure he was cool. Then again, he may also not have had Cutler on his mind, either. When you’re on top for multiple titles, you may start to think you’re invincible. Even if Cutler did get that close, it’s possible it was just luck. It’s also possible that someone had to be 2nd and maybe they put him there for the sheer marketing value of it all. Again, all of that is utter bullshit. We saw Cutler, we saw what he brought, and it was clear he pushed Coleman, but what we saw, may not have been what Ronnie did. The fact is, even if Jay had been in the Show of Strength, Ronnie may still have thrown his hat in. The reality is, he was not, and this may have truly been just a spontaneous move by Coleman. I can all but guarantee that no one on that roster caused The Big Nasty to do a double take. I’m sure he thought all those guys were scrubs. I hate to be so cold, but when you’re a 4x Mr. Olympia, very little gets your attention, and practically no one, scares you.

Gunther was an ok bodybuilder, but by no stretch of the imagination was he an aesthetic wizard. He was a big, almost clumsy-looking German, with movie star looks who some might argue had the potential to be another Arnold – at least in the fitness industry. The only thing he had similar to The Oak, would be his German ancestry and complexion. And that’s where the comparison ended; however, Schilerkamp was signed to FLEX and that also afforded him a special push that allowed for him to get noticed a lot faster than had he been on his own. The truth be told, there was a certain presumed marketability to push Guther harder, than other more deserving guys, like Levrone, Cutler, and/or even Nasser. I really think they wanted to make this guy another Arnold. Anyways, we have to give credit where credit is due. Gunther came into this contest for a win. He brought size and height, good condition, and he posed like someone who could win. Unlike Cutler, just months prior, who posed nervously against Ronnie, Gunther took it to him. He wasn’t shy, he didn’t lack self-confidence, and he took Coleman’s bravado and wore it down pose by pose. The knockout punch came when the decision was announced. It’s one thing to win a round or get the most applause, but when the judges proclaim a winner, that seals the deal. Coleman was in utter disbelief at this show. That disbelief lasted his whole career and lasts till today. If you think Ronnie recognized the defeat in 2002, when he retired in 2007, or even today, in 2021, you’d be wholly mistaken. In his mind, there’s no way Gunther beat him. Then again, maybe he doesn’t feel he lost in 2006, either. A case could be made either way. After all, it’s a subjective sport, right? That’s a two way street.

With that said, unless a Mr. Olympia can duplicate his Olympia look, he shouldn’t compete elsewhere. If he does match that look, then there’s the danger he won’t be able to duplicate it again for the big title. Who the hell cares if you win the Arnold, but lose the Olympia? That’s a lesson Ronnie nearly learned the hard way. Did Jay compete at the Arnold when he was Mr. O? Did Phil? No. And did any of them compete on a smaller stage – even – on a stage without any other Top 6 Olympians? No, they didn’t. Because while on the surface it may seem like weak competition, there may be another Show Of Strength situation.

An even better illustration would be the first Rocky movie. If you recall, that was supposed to be nothing more than an exhibition match. That might have been what it was for Apollo Creed, but Rocky hadn’t got the memo. That was the fight of his life. Champions need to be their best when and where it counts. If they start getting sloppy and they start trying their luck, elsewhere, it could spell disaster.

Do you think other Mr. Olympias would ever try to compete on a small stage – just for fun – again? Why or why not? Even though he was definitely not at his best, do you think Gunther beat Ronnie at the SOS? Could it have been a fluke?