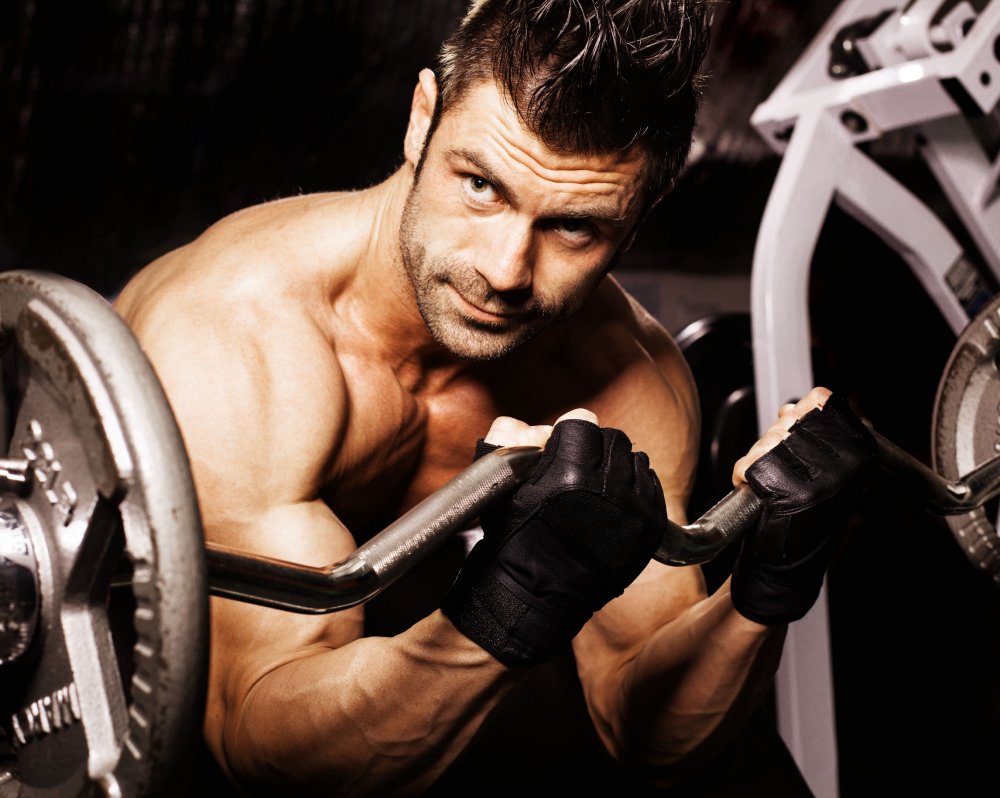 I don’t know of anyone who works out to smooth jazz or opera music, so with that being said, I want to prime your workouts with some rock music to get you going. I’ve compiled a list of the best workout songs — and deemed it the “rock edition.” In addition to the best workout songs, I’ve also given you a little information about the best workout songs we chose as well. Grab your old school high-top Chuck Taylors and your favorite rock band t-shirt and let’s go!

Eye of the Tiger (Survivor)

Who doesn’t love this song? It takes you back to watching Rocky III and gets you all fired up. What a great way to start our best workout songs with some inspiration from one of the most iconic movies of all time.

Being released in 1983, many of us might have been very little or not even born when Jump first came out. Yet, to this day, radio stations jam this song as it has been Van Halen’s most successful song of all time.

You Shook Me All Night Long (AC/DC)

VH1 ranked this AC/DC’s number one hit. It also made the list as a top 100 song from the ’80s. You Shook Me All Night Long is definitely a song that will get your head bobbing and get you hyped up to push out some extra sets.

Debuting on their first album, this song quickly became the #1 hard rock song according to VH1. Axl Rose wrote a masterpiece with this song and Slash, known for his amazing guitar playing skills, completely tore it up after composing it in the basement of his mom’s house. Now stop making fun of guys who live in their mom’s basement, it clearly worked out in Slash’s favor.

Securing a spot at the number one slot for four weeks, Separate Ways (Worlds Apart) made its way into our homes and eventually was surprisingly deemed one of the worst music video productions of all time (good thing they stuck to playing music and not getting in front of the camera) according to MTV — even though the song itself was epic.

Bruce is a legend in every sense of the word. Touted as one of the greatest albums of all time, this hit single helped Bruce sell over six million copies. We are all here to achieve greatness, let Bruce push you through the most grueling workouts by adding this to your best workout songs playlist.

One of Led Zeppelin’s most recognized songs, Black Dog will surely help you squeeze out some extra reps. Interestingly enough, this title got its name from a dog that used to walk around the recording studio where Led Zeppelin laid down his tracks.

Another One Bites the Dust (Queen)

Just like with every good workout, another one bites the dust until it’s time to come back and do battle with the weights the next day. Queen had many hits during their career, this just happens to be one of them. Let the vocals push you through your set… and then get ready for the next. This song was recognized around the globe and quickly became a number one hit. Over seven million copies were sold.

Back in Black (AC/DC)

Yes, this is their second song to make the list of best workout songs — it’s just hard to not include it. Recorded in the Bahamas, Back in Black was worked on during a hurricane, causing delays in production. Once the rain stopped and they were able to finish up the album and get it released, it sold more than 50 million copies — making it the second best-selling album of all time. I guess there really is a rainbow after every storm — we just need to wait it out and be patient.

Don’t stop believing… that you can break PR’s in the gym and achieve the body of your dreams. This song has played across the airwaves a time or two. And it’s been recognized by AllMusic as a “perfect rock song” and “one of the best opening keyboard riffs in rock.” When you need a little extra motivation on your last set, crank it up.

Pour Some Sugar on Me (Def Leppard)

Sugar is something that we all try to stay away from, but this song can easily become a healthy part of your diet when turned up loud. Def Leppard secured the second-place spot on both the charts and MTV’s greatest songs of the ’80s. The song title came from an exchange in a London flat where when asked how many lumps of sugar were needed for tea, the response was “I don’t care, just pour some sugar on me.” The rest is history.

For a song that wasn’t written for them, it sure turned out to be a hit — adding it to our list of best workout songs for weight training. Topping the charts at the number one spot for seven weeks, and eventually went platinum. If you listen to the song once, it’s hard to get it out of your head and you’ll quickly find yourself humming it under your breath all day long.

Livin’ On a Prayer (Bon Jovi)

Everyone needs a little Bon Jovi in their playlist. Livin’ On a Prayer quickly gained steam on both radio and television and had them quickly achieving a number one hit. It went triple platinum in 2013 and the YouTube video has over 350 million views. YouTube is praying the song doesn’t crash their server.

Actually, we did start the fire. It’s that lactic acid burn we achieve through rigorous training. In the case of Bill Joel, the fire started as soon as he dropped the album and quickly ran the charts until it reached the number one spot. The song also helped Billy Joel be nominated for the Grammy Award for Record of the Year. If you’re a history buff, you should also be in love with this song.