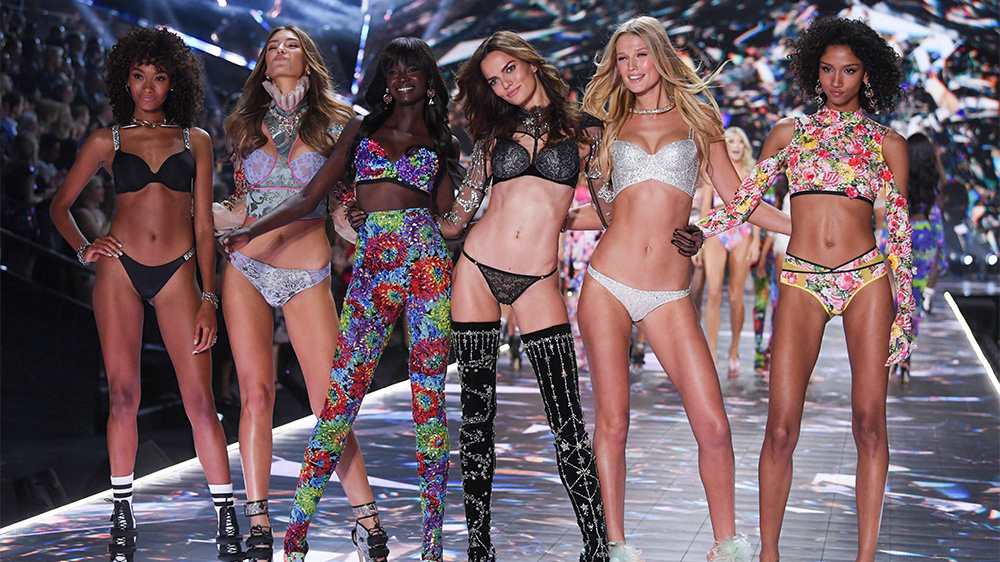 First off, let me say how annoyed I am with the past tense of “cancel.” I had to do some research and found canceled is the US version while cancelled is the British. So, there you have it… the more you know, right? Anyway, I stumbled upon a story the other day, and my head exploded. It was reported that Victoria’s Secret models will be changing quite a bit. Everyone has the right to their opinion, and I have mine.

In this article, I’m going to rant slightly on how America is so woke that people are getting offended by Victoria’s Secret models, and they’ve now been CANCELED.

I have no issue with brands bringing on spokesmodels to help promote their brand, they have the right to do whatever the hell they want. But let’s sit back for one minute and think about what Victoria’s Secret has been known for since, well… FOREVER. It’s thin models wearing next to nothing – showcasing sexy lingerie. Right?

Now, they’re changing their position and moving more towards inclusivity (which is fine), but it’s moving away from the foundation their brand was built upon. They’re now featuring women like Megan Rapinoe, the outspoken US Women’s Soccer star, along with another individual on the complete opposite side of the spectrum, Paloma Elsesser, a size 14 model who you may have seen on the cover of a Vogue issue in the past.

Their $5 billion business is banking on the hope that ALL women will support their new look. There’s a saying, “If it ain’t broke, don’t fix it.” Listen, there was nothing wrong with their old business model. Women of all sizes were buying their items. They were selling sex, and as we all know, SEX SELLS.

Does Victoria’s Secret sell lingerie and apparel for women of all sizes? For the most part, yes. Do the women who pay for their overpriced pieces feel sexy when wearing their stuff? Probably. I mean, why else would they drop the coin on Victoria’s Secret stuff when they could go buy something to cover up with at Target or Walmart?

The bigger picture I see here is that the societal “norm” is shifting. America has now adopted a BIGGER body image and accepted obesity as being “OK.” Listen, it’s not “OK.” We now have more than 40% of American adults walking around obese and over 60% being overweight – those are scary and serious statistics.

Where’s the outcry from everyone about how this affects health? Being obese is NOT healthy. There’s absolutely nothing healthy about it. Now, putting the shoe on the other foot, being toothpick thin and nearly anorexic is not healthy either. There needs to be a happy medium.

For the longest time, Victoria’s Secret has been a somewhat niche brand. Their shift in their brand image is now opening up. Could this be good for them? Sure, only time will tell. But we all know the riches are in the niches, and Victoria’s Secret was at the top of the food chain when it came to the lingerie game.

The former head of Victoria’s Secret’s international business was quoted saying, “We needed to stop being about what men want and to be about what women want.” Hey, women can want whatever they want, it’s their choice. But last time I checked, weight loss product sales are soaring because people don’t want to be overweight, and people (women included) aren’t happy with the way they look and their weight.

But that size and figure are what America is accepting because no one wants to talk about the issue at hand – health, fitness, and nutrition. I get it, though, it’s easier to eat whatever you want and sit on the couch all night watching The Bachelor than it is to get off your lazy ass and go to the gym or exercise. Heck, there are times I don’t even want to work out, but I know the alternative if I decide to live an unhealthy lifestyle. It’s all about choices. And American’s are choosing to be overweight (sure, some medical conditions come into play, but they are a small percentage of the obese population).

What Happens If This Flows into Men’s Apparel Companies?

Let me open things up and back up the bus a little bit. Look at male models that are hired for apparel companies. You can use Calvin Klein, Armani, Gucci, etc. What do they look like? They look like… models. Exactly like they have looked for as long as I can remember. Fit, muscular, thin, abs, strong jawline, perfect hair, and bright white teeth, right?

Do you think women would look at an ad or commercial with a guy described above and say, “Damn, get me some of that!” I don’t think so. Both men and women want to look sexy. They want people to find them attractive. And the ads and models used for these types of brands portray an “ideal” body image. Never in the history of evolution were we ever obese. It’s simply how society has progressed due to inactivity and unhealthy eating behaviors.

How Will This Affect Fitness Models?

If the cancel culture has already hit the Victoria’s Secret models, exactly what can we expect to see happen with fitness models? If America deems the “Angels” too thin or too sexy, what about women who are extremely fit, fake boobs, narrow waist, visible abs, and show some musculature? We already know that society deems bodybuilders as freaks. So, what’s next?

Everyone has their own vision of what’s considered “sexy,” and Victoria’s Secret has changed their brand vision and what’s sexy. Is this due to all the commotion about the “body image” movement where if a single word is said about someone’s weight, they get canceled and shunned publicly?

I’m the first to admit that if I had a choice between Victoria’s Secret models and female fitness models, I’d go with the fitness model all day long. But that’s just my preference. I don’t see anything wrong with the look of the “Angels” that used to walk the runway. Are they thin? Yup. But that’s been the VS look since the beginning.

If you were to go look at some random female who is fit on Instagram, she probably has hundreds of thousands of followers, if not millions. Now, go look at a random obese individual and see how many followers they have. And this isn’t meant to put anyone down, it’s just the facts. The attention shifts to the person with a healthy body weight.

My point of this is the fact that we as a society are going in the wrong direction. We need to stop accepting unhealthy behaviors and weight. We need to help educate people (both men and women) and provide them with the necessary tools to improve their life. If we don’t, we will almost certainly see not only the quality of life decrease with the age of Americans but also the life expectancy. And that’s a terrifying thing to think about and accept.