WHAT IF NICK WALKER WINS THE ARNOLD? 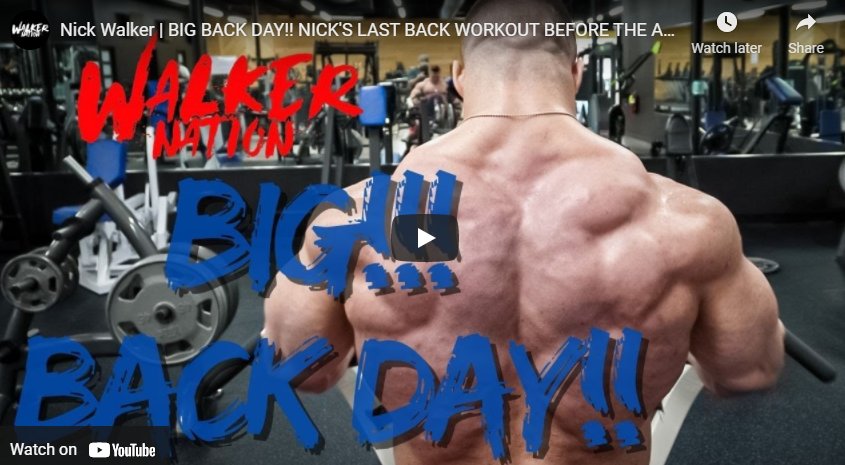 Bodybuilding fans are starting to lose their minds, as the 2021 Arnold Classic is just days away. Iron Magazine readers have also made themselves heard. They want to see if we cover the possibility of a Walker victory at the second most important bodybuilding contest on the circuit. This year’s event is notably different, for a variety of reasons, but different isn’t always bad. Although the event is usually held in Spring, the fact the event is now in September and just a rock’s throw from the Olympia, makes the impact on the sport that much greater.

While historically, whoever wins the Arnold enjoys a huge amount of support, the bulk of it is gone by summer. Although the winner of the contest is allegedly the #1 contender, alongside the past year’s Olympia runner-up, other contests tend to steal its thunder after it, like the NY Pro (former Night of Champions) and the various international Arnold events (e.g. Australia and Brazil).

With the state of affairs having been totally turned on its head due to the Covid 19 epidemic/pandemic, the new mutations, and the fact many countries continue to impose almost draconian measures aimed at putting public safety concerns above all else, it’s almost a miracle that the Arnold is even taking place, in Columbus, OH.

At last year’s event, Arnold amateur competitors went to bed, not knowing if the contest they’d traveled from all over the world to compete in, would even happen. That’s a feeling that the Arnold Classic promoters, simply, could not take, again. Although the contest is happening, there won’t be the famed Athlete Meet & Greet and there also won’t be an expo. Could you imagine that? No expo at the Arnold? That’s the biggest expo on the planet and it’s also one of the biggest cash cows for the city of Columbus. Nonetheless, public safety and the general welfare are the top priorities and the promoters didn’t put anything to chance. So, what happens if Nick Walker, one of the most talked about new bodybuilding pro’s, were to win the Arnold Classic and then hit the stage running at the Mr. Olympia just 2-3 weeks later?

Social media has been buzzing ever since Nick announced he’d do this contest. While there’s other very dangerous competitors in the mix, the fact the young pro is going into the show to win, has many intrigued. Now, why would any competitor do a show if it were not to win the whole thing? That’s usually the case with every athlete; however, with the Olympia being so close, I was always of the opinion that you wanted to preserve your best for the most important show in the world. 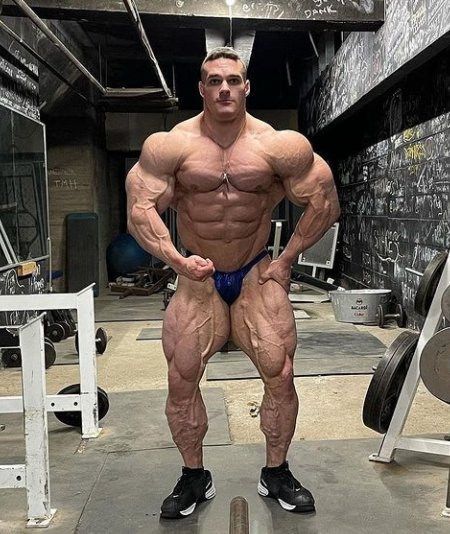 I’d imagine seasoned pro’s know what they’re doing, but what about new pro’s? Do they have enough experience so as to where they won’t do exceptionally well in Columbus without sabotaging themselves for Orlando? Apparently Nick and his camp are not deterred because The Mutant has said on numerous occasions that he plans to win the second biggest contest on the IFBB Pro League schedule. If he’s able to accomplish such a feat, he’d have to defeat 2x champion WIlliam Bonac, as well as Olympia Top 6 finisher Akim Williams, and several other major threats like Roelly Winklaar. In addition to that, there’s a tough lineup of heavy hitters, from veteran competitors like Maxx Charles to rising stars like Justin Rodriguez. There’s no question that any competitor there could pull off the upset, the bigger question is, how likely is it?

Unlike any other contest in pro bodybuilding, the Arnold Classic is not an open contest. It’s also not a contest you can qualify for. Every single athlete who competes on their stage, whether Bodybuilding, Classic, Bikini, etc., are invited to compete. The contest’s organizers look to create the best contest imaginable. They are up-to-date on the sport, the rising stars, and the secret threats.

There’s always a handful of competitors from each division that show exceptional promise; they may not be loud, they may not even get press, but they have all the makings of great champions. I’ve seen this happen over the years. Some of the invites might make you scratch your head, initially, but in a short amount of time, almost every Arnold invitation starts to make sense. Sometimes, the second biggest contest in the sport, affords hard working athletes the perfect launching pad to very promising careers.

With a guy like Nick Walker, however, you have a guy that’s already reached larger-than-life status. In fact, there’s senior bodybuilding journalists who have fawned over the young pro; they see him as being a combination of Ronnie Coleman, Markus Ruhl, with some Dallas McCarver and even a little Justin Compton thrown in for the mix. Nick is just a straight-up workhorse. He packs on huge amounts of muscle, he lifts hard, and he tends to dwarf many guys, who aren’t exactly shrimps. Walker has totally mastered the freak factor and for a lot of fans, that’s the magic ticket.

Purists will argue that Bodybuilding is all about aesthetics and flow. They’re not, too, concerned with size or freaky condition. Some purists don’t even like the posedown, but I couldn’t break more with them than I do. I like seeing guys battle it out, forehead to forehead, grunting and even screaming. Why the hell not?!?! Bodybuilding needs excitement!! This has been a ridiculously somber year. 2020 was even worse, with numerous postponements and cancellations. Just as we’re finally starting to see some light at the end of the tunnel, the fans want to get up from their seats. Hell, let the fans stand on their seats!

The sport needs that kick in the ass and I think Walker’s spirit can deliver on that. He’s not humble. Why should he be? He won the North American Championships, going pro in a tent, and he’s gone from that to have a killer pro career in a very short amount of time. In fact, as a New York Pro champion, that should remove any doubt as to whether or not he could win the Arnold.

The NY Pro is the 3rd most important contest, so winning it puts you in the running to winning the 2nd biggest show. Further to that, who’s to say guys like Bonac, Williams, and even Winklaar will bring their absolute best. I, personally, don’t think it’s possible to peak at an Arnold or Olympia level, twice, within 3 weeks of each other. It’s just way too big of a gamble. Plus, you have to figure there’s top guys who are doing the Arnold, but who are not doing the Olympia. They can afford to push themselves to the limit, in hopes of earning a big paycheck and getting the bragging rights. The truth of the matter is while bodybuilding is very much about freaky muscle, it’s still a chess game, where strategy is fundamental.

I’m curious how hard Nick Walker will come to Columbus. Size is a given, but I’m curious how conditioned he’ll be and where he’ll place when the dust clears. I definitely anticipate him in the Top 5, which is saying a lot considering the lineup; however, could he win the contest? I don’t know. Of course he could, but is he likely to win it? And what would that mean going into the Olympia?

I’d say, if Nick wins the Arnold, he will be on EVERYONE’S mind to be in the Olympia Top 3. That’s absolutely INSANE!!! The idea that Nick Walker could be in the same conversation as BIG RAMY, the reigning Mr. Olympia, is enough to make all the bodybuilding platforms buzz like they haven’t buzzed since the height of the Coleman/Cutler rivalry.

What say you? Where do you see Nick Walker placing at the 2021 Arnold Classic?