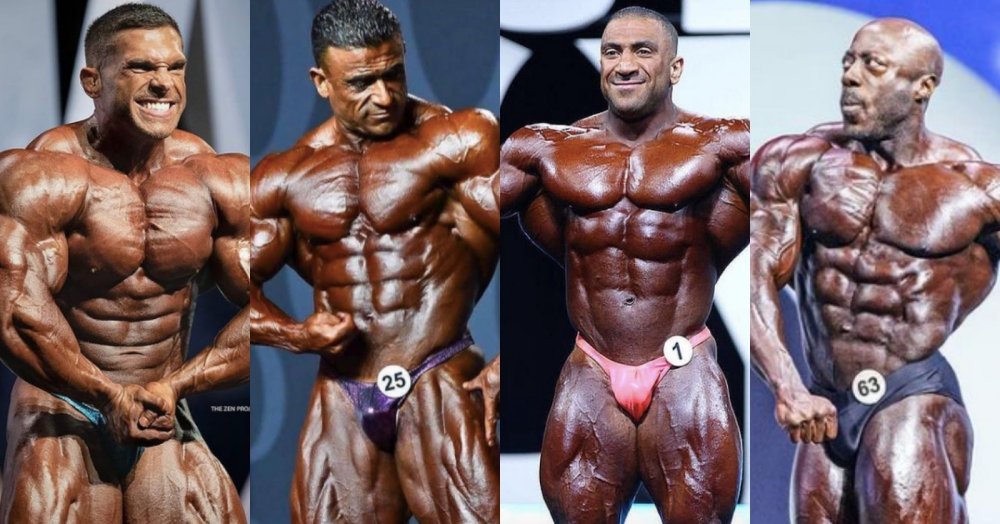 Bodybuilding is the only division that’s really comprised of two two divisions. It reads confusing and sounds even more. How can you have two divisions that are essentially the same thing? The only difference between the two, is a weight cap; however, it’s not mutually exclusive. Open guys can’t crossover into 212, but 212 guys can compete in both. This creates an interesting situation after Shaun Clarida’s big win at the Reno Sports Fest, as well as Tonio Burton’s stellar outing. It’s got many pundits and fans talking.

Unlike other 212 competitors that have moved onto the Open by putting on huge amounts of size, these guys literally just competed a couple weeks ago at the 212 Olympia Showdown. Not only have they not had enough time to drastically change their looks, The Giant Killer emphasized that he wasn’t playing the size came. Clarida hit the stage at around 180lbs and absolutely wiped the floor with the competition.

While Sergio made jokes pre-contest about retiring if a guy that was 100lbs lighter than him won, that’s just what happened. The legacy wasn’t anywhere near the NJ native. Canada’s Regan Grimes, who did look much improved from the Olympia and snagged 2nd, was also not as close to winning as his fans seem to think.

The judges gave Shaun a unanimous victory. What does that mean? It means that every single judge on the panel had Clarida, at 177lbs, beating Grimes, Oliva, and everyone else. And while Reno wasn’t on the level of the NY Pro, the Arnold, or the Olympia, there were some big names in the lineup.

Patrick Moore was in the Top 10. Arnold Classic champion Cedric McMillan was also in the mix, though it seems he was disqualified (stay tuned for an article on this as news develops).

All in all, Clarida was able to start out strong, cementing his position as the frontrunner in the prejudging, and cementing it at finals. This one victory puts an entire way of thinking in question. The idea that lighter guys can’t be competitive with mass mass monsters is moot. It could only have happened given this particular set of facts. After all, we’re not talking about guys who barely squeezed into The 212 (e.g. Derek Lunsford, Charles Dixon, or the late great George “Da Bull” Peterson). Shaun isn’t just a 212 Bodybuilder, he may be the shortest and the lightest, but this past weekend he kicked everyone’s ass. He beat guys that were a foot taller and a hundred pounds heavier.

With Clarida now qualified for the 2022 Mr. Olympia, it’s got to make a lot of 212 competitors wonder what they could do. Shaun picked Reno because he had won its 212 title and because it was conveniently after the Olympia. He didn’t prep for this contest, he just stayed tight after the Showdown. This is very important because if 212 competitors don’t have to alter their physiques, then they can compete in both divisions.

This factor alone can mean significantly higher earning potential for countless 212 athletes who perhaps can only compete a handful of times a year. It might also mean seeing more Top 5 212 competitors competing in more contests than just the 212 Olympia Showdown. While there’s 212 offerings at numerous pro contests throughout the world, the prize money is considerably less than in the Open. This applies at the Olympia and it also applied at the Arnold Classic. Of course, Arnold’s namesake no longer gives 212’ers a stage to compete on. With Clarida’s win, we could see more guys, including 212 Mr. Olympia Derek Lunsford, throw their hats into the ring.

Looking at the bigger picture, Shaun’s win could also serve as the catalyst for 7x 212 Mr. Olympia James “Flex” Lewis jumping back into the mix. For much of the time Lewis was expected to compete in the Open Olympia, fans and writers expected to see him in the 225-230 range. That would be a substantially bigger Flex than what dominated the 212. Perhaps, the thinking back then was, he needed those 10-15lbs more muscle to be able to win the biggest title in the land, but I believe that Clarida’s win at the Legion Sports Fest, may push the idea that Lews at his 212 Showdown look may not need more size. In fact, given the condition in which Big Ramy won the 2021 Mr. Olympia, it makes me think that any of Flex’s seven wins at the Showdown could have easily beat that. What do you think?

If I was to point to the single biggest feather in Shaun’s cap this past weekend, I’d say it was condition. You had guys on that stage that looked out of shape, some with films of water, others with distended guts. The fact is, when you compare the razor sharp definition, coupled with the freakish muscle density of the top 212 bodybuilders and put them in contrast to mass monsters that have pushed their physiques to cartoonishly huge proportions, it’s not hard for the judges to pick winners from… well, you know…

After Reno, I think the writing’s on the wall. If more 212 competitors start crossing over, however, will that signal the end of the lighter division? Again, if the shortest and lightest guy was able to win it all, what’s to say others don’t start reaping big returns from throwing their hats in Open?

This is not to say that if Shaun could do it, anyone in the 212 could. I’d never say that, or even suggest it, but Shaun did this contest for fun. And while Shaun has most definitely paid his dues, he’s not the only workhorse in the division. If it comes down to pushing hard in the gym, suffering during a prep to come in peeled, and posing hard – there’s a bunch of guys in the division that have been eating crow for years, pushed into the shadows by all the attention on Open, that would be more than happy to slay some giants, too. The money in Open is way better, as is the exposure and the accolades.

I don’t anticipate the top 212 competitors leaving the Showdown for the Open O, but I could definitely see them splitting their qualifying contests in 2022 and beyond, if the possibility of good placings in Open became more realistic. Before Clarida’s win, the prospects were poor. Why bother prepping for a show where height and/or weight relegated you to third callouts. Who wants to get ready for a competition, if defeat is a foregone conclusion even before stepping foot on stage?

The Reno show will serve to highlight what bodybuilding truly is all about. It’ll be a contest that gets cited more so than any 212 Olympia Showdown, even the one Clarida won. Up until Reno 2021, I’d say the 2020 212 Showdown would have been the contest that shut up the naysayers, but that’s been topped, now. And interestingly, both groundbreaking shows involved Clarida.

It may be premature to predict a 212 exodus because of one contest, but I think we’re going to see quite a few 212 pro’s follow Shaun and Tonio’s lead. I think 2022 will see far more of this, and, as a result, it will force promoters that want to ensure deep 212 lineups at their shows, to give more prize money. If it becomes feasible for lighter competitors to earn more in Open, why would they stay in 212? There’s a lot to think about, but I’ll tell you what, it’s going to be a great year to be a fan. There’s no turning back from here and we owe it all to The Giant Killer, Shaun Clarida!