WILL VICTOR MARTINEZ RETURN IN 2021? 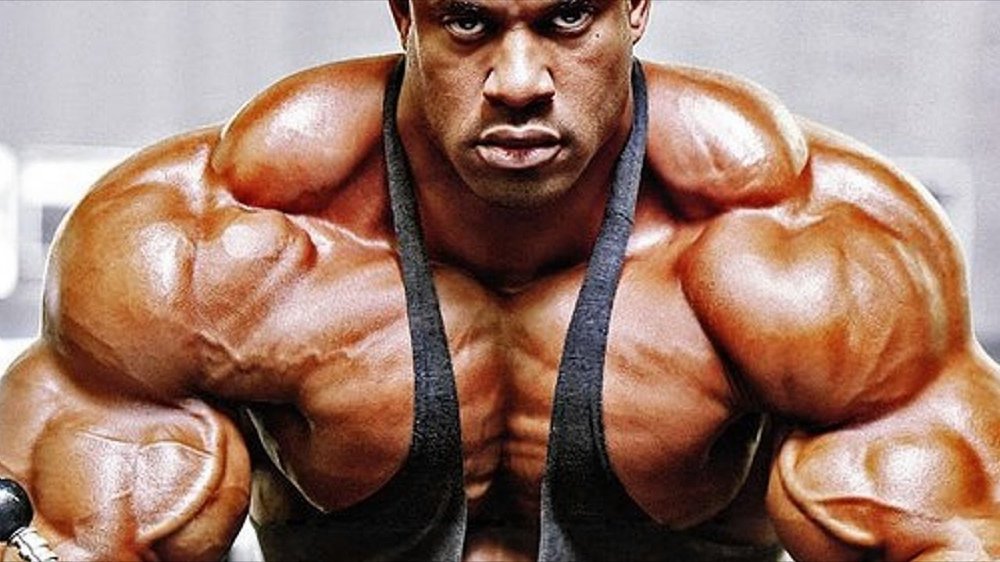 We often hear that age is just a number, that it means nothing, yet when talk started to circulate that The Dominican Dominator, Victor Martinez was believed to be doing a comeback, everyone almost immediately dwelled on the fact he’s forty-seven years of age. Others cited his inactivity from competing, as a bump in the road. Some, as is always the case, asked what does he have left to prove?

What’s interesting is that Martinez has never said he’s staging a comeback; he, merely, posted a Flashback Friday shot (to a week prior) where he looked to have some pretty impressive size. From there, everyone from your armchair quarterbacks all the way to the most popular Youtuber on the planet, made it a point to weigh in with their expert opinions. If and when there’s no facts to the story, the tradition online is make it up as you go along. And that’s not just online, I’ve noticed that a lot of “news networks” should be in the business of writing fairy tales because half the stuff they report didn’t even happen, but I digress. The fact is, Martinez looks very impressive and of course, everyone is eyeing the upcoming IFBB Pro League New York Pro, held in Tampa, FL (once again). Victor is a New York guy, his roots are there, and he made a name for himself, competing alongside other greats, like The Predator Kai Greene. Victor had rivalries back in the day with Dexter Jackson at the Arnold, he was anointed by Ronnie Coleman as being his likely successor, and he nearly beat Jay Cutler at the 2007 Mr. Olympia. When it comes to controversial decisions, 1997 and 2007 are almost always cited by longtime fans of the sport. His resume literally speaks for itself. That being said, what about the photo? Does a guy who’s semi-retired from competition really need to be that big? That’s the basis of much of the buzz on the message boards and social media.

Look at Dexter Jackson. The Blade retired at the 2020 Mr. Olympia. He is the winningest pro of all, including Arnold Classic titles and the 2008 Mr. Olympia. Many folks would expect Jackson to all but stop training, lose his muscle, and ride off into the sunset. Why does it have to be that way? Competing is only one part of bodybuilding. Some guys score mega-success, either in the industry or social media, and don’t ever get on stage. Look at Rich Piana. While he did compete for many years, when he went viral and became a household name, the farthest thing from his mind was competing again. He had zero interest in spending all kinds of money, eating on a restricted diet, posing for hours in the mirror and taking the chance of placing out of the money. Instead, he was busy holding court over $100,000 booths with 3-4 blocks of patiently awaiting, adoring fans. He was also making more money than anyone could imagine while holding onto freaky size and lifting consistently in the gym. Maybe that’s what Victor is doing. Maybe he put on size for a movie role, a supplement campaign, or to release some other material (e.g. E-book, launch a website, etc). If one thing is for certain, it’s that guys like Victor, are bodybuilders tried and true. Lifting and looking like they do, is part of who they are, it isn’t something they have to deliberate over. But what if, what if this picture was published as a way to tip fans off to a potential comeback?

I don’t know. I just don’t think so. I mean, if Victor was going to do the NY Pro, for example, don’t you think he’d make some sort of an announcement? Don’t you think there would be a series in the works or maybe a media tour? I guess that could still happen, but I think someone on Martinez’ level wouldn’t hint at a return with an ambiguously-worded photo on Instagram. Then again, maybe that’s how people do things today; maybe the photo was more about testing the waters than anything else. Perhaps getting everyone talking, including Nick Strength and Power, might be the loud-and-clear Victor needed? Then again, a guy on Victor’s level doesn’t need the support of Youtubers (no offense Nick, but no matter how popular you get, you’re still just a guy talking into his webcam in a garage).

To guys who scored the covers of major magazines (with worldwide circulation), who sold boxes of DVD’s, and who guest posed in more countries they can even name, being fawned over on social media is a distant, distant second. That being said, it’s a whole new world nowadays. With the exception of MD, there are no magazines; no one watches, let alone buys DVDs. Most promoters don’t have guest posers; we’re living in a pandemic, and most shows (even the big ones) don’t know when or where they’re happening. Everything is uncertain. I just can’t imagine that The Dominican Dominator would want to subject himself through a prep in 2021. What would he truly gain from it? I mean, even if he won the NY Pro, he’s done that before. Why do it, and why do it now?

Another possibility is that Victor is just messing with us. Kai Greene is the king of hinting comebacks. It’s been half a decade since The Predator did the Olympia, yet he still trains like he used to, he holds onto the size from when he completed, and each year, there’s always a rumor he might come back. Kai’s no spring chicken, either, but he’s as dangerous as ever. I’d also say Victor could be a major threat in any contest he enters. While some might see his recent inactivity as a red flag, I look at it from the opposite perspective. He’s given his body a big break from the insane training, eating, and supplements. If he’s recharged, injury-free, and can give a prep 100% mentally, then he might actually be the best we’ve seen him in years. If the fire is there and he wants to compete, he’ll definitely be in the mix, but for how long? Would this be a one time deal? Would he start competing actively again? And what would his ultimate goal be? Could Victor Martinez, realistically, break into the Top 6 at the Arnold or Olympia in 2021?

To all the people who cite age, Kamal won his 212 titles at 48, beating guys half his age (i.e. Derek Lunsford) handily. Dexter Jackson nearly won the 2020 Arnold Classic at 50. We saw guys like The X-Man Toney Freeman earning top honors well into his late 40’s, so why couldn’t a rested, recharged Martinez do the same? It’s definitely an interesting question. What’s more, look at how much conversation just one picture has created.

What’s your take? Was this just a playful post and photo – or – is this the beginning of what could really materialize into a full Victor Martinez comeback in 2021? And if so, would it be a one time deal for a contest, or do you think we’ll see Victor on stage at the 2021 Mr. Olympia?