WILL WELLNESS BE BIGGER THAN BIKINI? 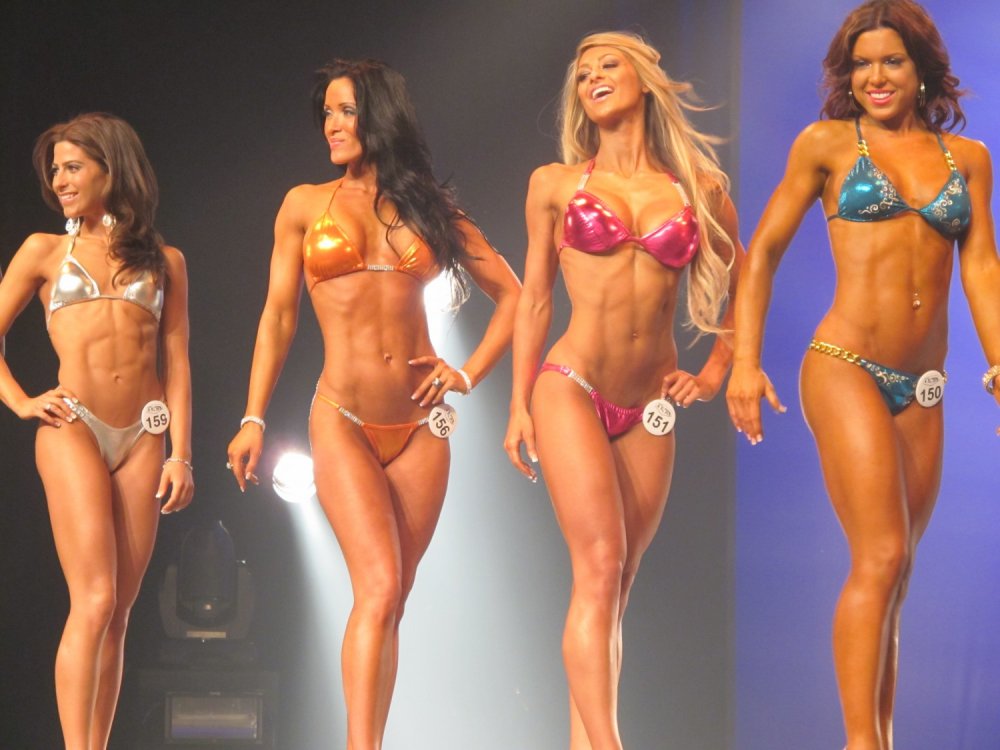 The Wellness Division is spreading like wildfire. From Latin America to Europe, people have been raving about these physiques for years. As of 2020, the Division was introduced into the NPC and IFBB Pro League, where it’s been the talk of the town, almost immediately.

Most people find physique-based sports after playing mainstream sports their whole lives. Take ladies who played soccer, or even more specifically, volleyball. These sports require a great deal of agility, strength, and endurance. Volleyball players are extremely strong, they are thick, and powerful. Many have large, powerful quads, small waists, with plenty of upper body power. In the days before Wellness was an option, these ladies only had three options. They could drop considerable amounts of muscle and do Bikini, they could bring down their legs and get a little harder for Figure, or they could match their upper bodies, and depending on how hard they could get, try Women’s Physique or Women’s Bodybuilding. Whichever Division they set their sights on, required them drastically changing their physique.

Now, it’s one thing to change a look, especially when you’ve only been training for a few years and/or if you’re totally new to the weights, diet, and supplementation, but when you’ve played a certain sport your whole life and all of a sudden you need to adopt an entirely different look, that can be a pretty daunting task. What was worse, is that Wellness was blowing up in Brazil, Latin America, and Europe. It’s almost like these ladies could see others, who looked just as they did, excelling. Fortunately, the NPC and IFBB Pro League listened – they always listen and they’re always trying to make the two greatest federations in the world – even greater. From the moment the decision has been announced, it’s been a home run!!

I’m proud to say that I run the @WellnessCompetitors page on Instagram and soon will have a blog, group, and page. I’ve seen this small page literally grow like wildfire and in the short time it’s been around. Not a day goes by that I’m not floored by the quality of competitors tagging it. The only thing I can compare it to, was when Bikini first hit the scene, but even that doesn’t really do it justice.

If you guys remember, when Bikini was first introduced, there were a lot of critics. Many of the other divisions were simply not ready for it. And as judges found their way, many ladies with less than impressive physiques were snagging wins and top honors. That’s normal though, as with anything new. The big difference, here, is that Wellness is anything but new. It’s been done, pretty much everywhere, but here. The judges know what they’re looking for, there’s almost instantaneous uniformity in the scoring, and the competitors don’t need much hand-holding. After all, for years, many Wellness-type competitors, stuck in other divisions, had been following Wellness Competitors, worldwide. And not only competitors…

The same way the fitness industry fawns over Bikini competitors, so too have they been going crazy over Wellness athletes. Many companies, particularly those that cater to international markets, are tripping over themselves looking to sign the next big stars in the brand new division. They love the look and they want their products in the hands of these lovely ladies. Not only do they have physiques that are desirable, but they’re also very much attainable. That’s one of the best selling points Bikini had to offer. It’s also a division that many consider to be within the parameters of femininity.

Me, personally, I’ve always thought the concepts of masculinity and femininity have no place when discussing muscularity, separation, and/or symmetry, but I’m not here to tell you what I think, rather, what the general consensus is, in the fitness industry. Most people, men and/or women, look at WPD and WBB as being extreme. They see Figure as a comfortable middle ground; however, I suspect, Wellness will get similar treatment as Bikini. Not only will it be a huge hit in mainstream fitness circles, but I can see it becoming a hit in the mainstream in general. I’m talking about everything from commercials, to magazine spreads, to movie roles. In the end, it’s all about what people relate to and what people are attracted to.

Another indication that the division will spread like wildfire is in coaching. There are coaches who have put all their efforts into working exclusively with Wellness athletes. Their ads are all aimed at the Division, promising competitors the best results. In fact, there are many coaches who are advertising the ability to help transform Bikini competitors into Wellness athletes. Some have whimsical claims of being able to do it in as little as six months. Others have more reasonable timetables, but when’s the last time we saw an exodus of this magnitude? And who ever thought Bikini competitors would jump ship?

For most, Bikini was the final destination, not the place to leave. And I know this is the case, because everyday I get tagged by at least 1-2 dozen bikini competitors wanting to be reposted on the @WellnessCompetitors page. I don’t repost them because they lack the size and muscle in their quads, their waists aren’t in proportion, and their upper bodies are simply not at that level. Not only are these ladies tagging Wellness pages, but all their hashtags are Wellness-based. They look like Bikini competitors, they compete in Bikini, but they want to be Wellness. I think that, more than anything else I could write here, is very telling.

I suspect that by the end of the 2021 contest season and with Wellness making its debut at the Olympia Weekend in Orlando, FL, we’ll see the division, quite possibly become bigger than Bikini. And if not in 2021, then certainly within the next few years. What say you? Where do you see Wellness going? Do you like the look?