WOULD WILLIAM BONAC HAVE WON THE 2021 ARNOLD CLASSIC? 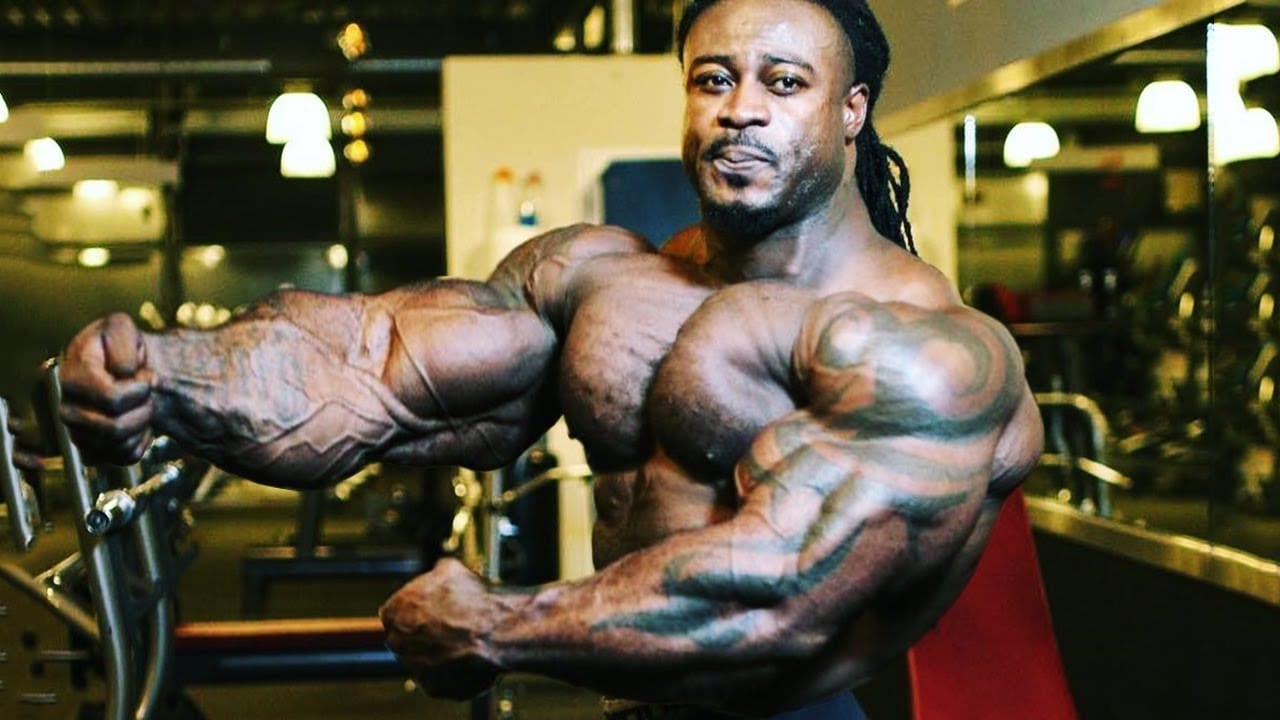 Bodybuilding is a subjective sport, but it’s also a sport based on reality. The reality is, William Bonac was unable to compete because of travel restrictions due to the Covid 19 pandemic. He looked flawless on social media, he had huge self-confidence, and his resume made him the strongest candidate for the win. Last year, he halted a Mr. Olympia in Dexter Jackson and a future Mr. Olympia in Big Ramy, in Columbus, OH. This year, he was the frontrunner, despite a great amount of buzz around guys like Nick Walker, Sergio Oliva Jr., and Akim WIlliams, who smashed into the Olympia Top 6 in 2020.

The Conqueror was looking to win his 3rd title in Columbus,OH, and the world was ready to crown him. He was my pick to win and despite commentaries from the likes of Nick’s Strength And Power (who have always been critical of Wiliam), I would say that had Bonac competed, no one would have stopped him. I do think, with the benefit of hindsight that Walker and Kuclo would, likely, have pushed him hard, but he would have dialed it in like an Arnold champion and Olympia runner-up know how to do.

And, yes, there is something to be said about experience. No one, except maybe for Roelly, had that level of experience under pressure. It’s true that Walker may have outsized Bonac and probably would have enjoyed far more support from the audience, but even though he brought freaky size and condition, if we’re talking which guy would have won more of the mandatory poses at the prejudging, I’d say Bonac would have sealed the deal.

There’s undeniable inclination, from the fans and the media, to run hypotheticals and fantasy muscle matchups. This typically happens between the normal Arnold Classic (in Spring) all the way to the Olympia in September. The close proximity of the two events, this year, has only heightened the level to which comparisons are preoccupying the fans. Suddenly, message board activity is ramping up. It’s not enough that William couldn’t compete, but fans want to stack both guys side by side.

After years of being criticized for being introverted and hidden away, The Conqueror has taken to social media far more aggressively, posting photos far deeper into his prep than in the past. People couldn’t help but notice the degree of dryness, crispness, and separation the 2x ASC champion was showcasing. His training was also very much on point and his work with Abdullah had many talking.

Remember, Bonac hasn’t put his trust into a big name coach since he parted ways with Neil “3D” Yoda, some years ago. This was a big move for The Conqueror and the fact he now shared a coach with 2019 Mr. Olympia Brandon Curry and 2020 Olympia Top 6 finisher Akim Williams, had many talking. In many real ways, this could have been a totally new start for an already highly decorated IFBB Pro. The public was eager to see what the pairing would bring to Columbus, OH, especially after the withdrawals of former champion Cedric McMillan and the late, breaking news that France’s #1 superstar, Lionel Beyeke, would be unable to take the stage. All of a sudden, the only Arnold champion competing was Bonac.

Having Bonac in the mix would have changed the landscape, to say the least. To say his presence would have had no bearing, would not only have been inaccurate, but I don’t know of anyone that would have subscribed to such logic. Further, I’m a firm believer that previous champions, particularly the defending champion, get a certain degree of leverage. When it comes to Mr. Olympia, it’s often said that you don’t just beat a champion, you have to knock him out.

We’ve been hearing this since time immemorial; it’s been so over-stated, that it might as well be carved in stone. It’s like the eleventh commandment of bodybuilding. And the fact is, what’s true for the biggest contest (the Mr. Olympia), may also be true for the second biggest contest (the Arnold Classic), and others. This theory may apply to all contests where a defending champion takes the stage.

The fact is, maybe Nick would have edged out Bonac, but if the judges required a knockout, that becomes a far harder feat for the relatively young pro. For as great as he is, I don’t know of a lot of guys who can say they knocked out William “The Conqueror” Bonac out when he was firing on all cylinders, not to mention, in the presence of Arnold Schwarzenegger.

Then again, maybe Nick could have done it, or maybe not. As I said from the onset, bodybuilding is a subjective sport, but it’s also one based in reality. It doesn’t matter how great you look at the gym, it doesn’t matter how impressive you look on Instagram. It doesn’t even matter how great you look at the press conference or weigh-ins. All that matters is what you do in the prejudging and what you do, to a lesser extent, at the night show.

This is why the 2021 Olympia will be so critical. For many hardcore fans, they will want to see how the two physiques compare and where Nick and William place when the dust clears. For whatever it’s worth, I think the comparison at the Olympia won’t do anything to solve what would have happened in Columbus. It’s a different contest, a different time, and quite frankly, Nick will be a different person then. While it’s just a couple weeks, his spirits will be far stronger than before his win in Columbus. I think between his victory at the NY Pro and now, the Arnold, Nick won’t be too concerned with anyone, save for Big Ramy. While he may say his goal is to make the Top 4, his real goal is to win it all.

With regards to Bonac, he could win it all, as well. While I’m sure he’d enjoy besting Walker, I don’t think The Conqueror really cares too much about Walker, either. His goal is to beat Big Ramy; something he did in 2020 in Columbus, OH.

In addition to the fact he was unable to compete at the Arnold and given the fact he’ll likely be ignored by the press, Bonac should hightail it to the States ASAP. If he was unable to gain access to the U.S. for the Arnold, I’d be extremely concerned with whether or not he can come for the Olympia. If I were him, I’d do my best to make it to Canada, the Bahamas, or any third party nation whereby travel to the U.S. might be easier than where he tried coming from.

When I heard the news that Lionel couldn’t travel, then William, I was totally stunned. These are both guys who could have won the Arnold and they’re also two guys who could win the Olympia. Beyeke is structurally flawless, even if his prep tends to be hit or miss come the final stretch. Bonac has won two Arnold’s and placed as high as 2nd at the Olympia. Not only could he win the big dance, but he’s definitely in my Top 3 or 4. If he’s excluded again, no disrespect to Nick, that would make his Top 4 dreams a heck of a lot more plausible.

Do I think Bonac would have won the Arnold in 2021? Yes. Do I think it matters now? No. He wasn’t able to compete and we have a great champion in Nick Walker. Can Nick beat Wiliam at the Olympia? That, I don’t know. If you asked me a week ago, I would have said it was unlikely, but the mind is a very powerful thing. Having won the NY Pro and the Arnold, and having as much support as Walker enjoys, makes him a very serious threat. While I, of course, want to see who wins it all, I’m very interested to see comparisons between Bonac and Walker. I’m curious which guy gets closer to Ramy and/or which guy, possibly, takes his Sandow. There’s not a lot of candidates, but these two men are definitely in the running.

Who do you think would have prevailed in Columbus, OH, William Bonac or Nick Walker?