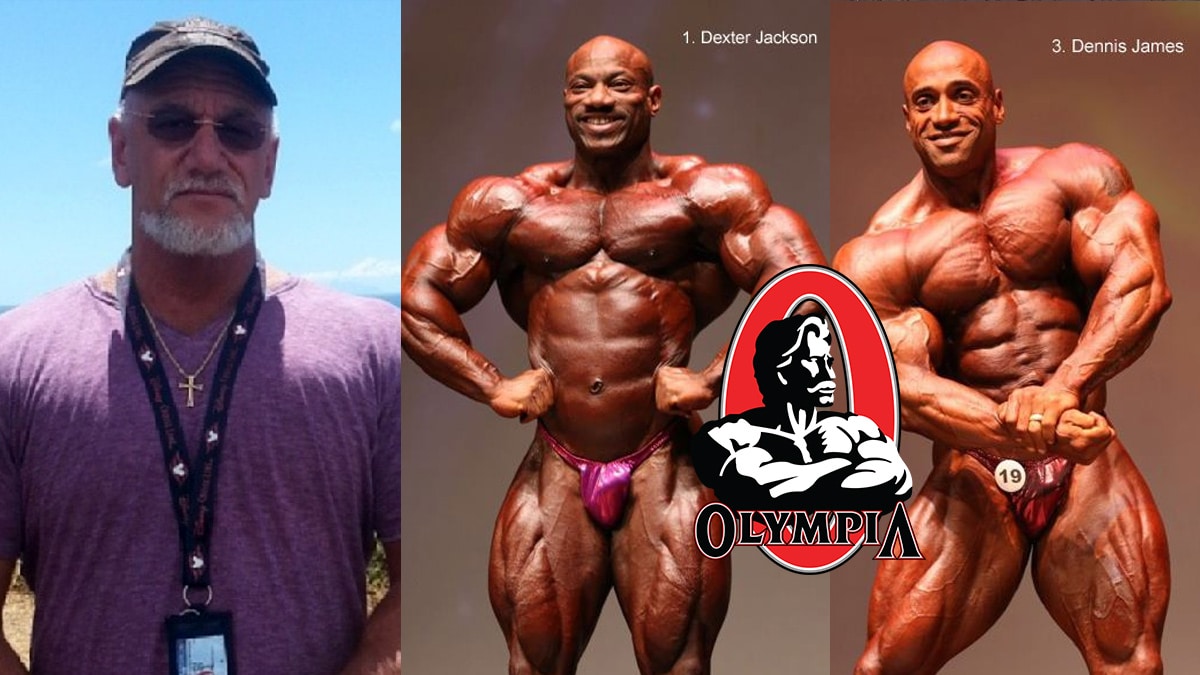 Kevin Levrone, King Kamali, Jay Cutler, Dexter Jackson, the list can go on and on. There’s so many guys who the fans would love to see take the stage in a competition that would put the best Masters competitors on one stage. These would all be real comebacks. So many guys will take a season or two off, then “come back,” but that’s not quite what I’m talking about here. When I say that the Masters Olympia could be about comebacks galore, I’m talking about guys who have long hung them up. I’m talking about greats who ruled physique-based sports but moved on to other parts of their careers.

Who wouldn’t want to see Shawn Ray – the Most Photographed Bodybuilder in the History of Flex Magazine – in a posedown with the winningest pro bodybuilder of all time, the one and only, Dexter “The Blade” Jackson?!?! The fans would be standing on their seats, it would be complete pandemonium. Could you imagine if Jay Cutler came back, maybe Gustavo Badell, or even The Real Deal, himself, Chris Cormier. Bodybuilding fans would, potentially, be more excited for the Masters event than the Open. Other big names have already looked at the contest with varying levels of interest. Whether they say it’s interesting or they make more bold statements, very few 40 and 50+ athletes from yesteryear could quickly dismiss the prospect of competing in this historic event, just two years out. There’s a number of reasons why I think the Masters Olympia will be super successful, why I think it will draw some pretty big names in the world of bodybuilding, and why I think this event will also sell more tickets. I think this is 100% Jake Wood thinking outside the box, which is really his M.O. by this point, and it will make for a big payday.

There are so many guys who quit, simply, because they wanted to protect their legacies. They weren’t injured to the point they couldn’t lift or compete, but perhaps, they were getting to a point where they were no longer winning small shows with ease and holding Top 3/6 spots at the Arnold and Olympia. Some guys are ok with dropping from that elite level to more mid-level finishes and influence. The really big names can’t allow themselves to fade. In their case, retirement is the only real option. From there, there’s any number of things they can do in the industry – from company work to media to personal training. The idea of returning to the stage becomes more and more fleeting for them, because the longer they’re off the [open] stage, the more difficult it becomes to come back and be competitive. Living legends did huge things during their runs. Although they want to appease the fans and grow the sport, not to mention bring huge traffic to their projects, they can’t simply do a contest just-for-fun.

Look at Levrone’s comeback. He put on amazing size and had great condition, in a very short period of time. Had he wanted to keep at it, in Open Bodybuilding, there’s no doubt in my mind that he could have; however, imagine if he had prepped for the Masters O, only. Not only would he have been ultra-competitive, but he probably would have won the contest.

Asking a guy who’s been retired for 5, 10, or 10+ years to come back, only to be thrown in with the Open guys, who compete multiple times a year and may be 10, 15, or 20 years their junior, is simply not fair. Yes, age is just a number in bodybuilding, but f*ck that – it’s not fair. What’s great about the Masters Olympia, is that it’s a level playing field for older competitors. That, alone, creates a lot more interest from guys who ruled bodybuilding in their day and may want to do it one more time. Also, they’d be up against their contemporaries. That’s a marked difference than being up against little more than rookies.

If King Kamali came back and he was up there battling with the likes of Chris Cormier and/or Melvin Anthony, that would be like old times. And what’s to say we couldn’t see some of those big names come back? Could you imagine the posing and production value that could be achieved by having guys like King and Melvin on stage? Could you imagine if Fred Smalls got in the mix, too? The fans would lose their minds. Maybe we could have the strongest guys from yesteryear, in JOJ and Ben White in a heated posedown. On another part of the stage, we could see Jay Cutler and Dexter Jackson, two Open O’s battling for the Masters Sandow.

Right now, most of the guys would be a hard no; however, Jake Wood and Dan Solomon know how to market contests the right way. The Masters O is a big deal and if it gets the superstar treatment, then I think some of the big, aforementioned names may change their tune. Remember, back in the 90’s and 2000’s, Masters Bodybuilding was a bit of a throwaway division. Most people just assumed Vince Taylor would win. It was fun to see Lou Ferrigno get stopped by Robbie and it was interesting to see Don Youngblood pull the upset, but no one ever lost their minds in anticipation for the Masters Olympia. All that’s different, now.

As more and more older people discover bodybuilding and compete in the various divisions, the bar gets set higher and higher. Remember, I’ve covered the NPC Masters Nationals many times. I’ve seen Masters Bodybuilding up close and I can tell you that it’s nothing short of amazing. There are competitors well into their 40’s and 50’s that are pushing competitors 10-20 years their junior, quite hard. These guys come in with size (something Masters amateurs a decade ago didn’t have), super condition, and they come ready to battle. And whereas many newly turned pro masters competitors would fade away after getting their cards, many have continued on, competing in IFBB Pro League Masters Pro events. Come 2023, I suspect there will be a huge number of qualified guys who will want to be part of the newly-reinstated Masters O.

At the end of the day, what many people need to understand is that Olympia is a business. Jake Wood may love bodybuilding and he may want to do right by it, which are great things, but it needs to make sense. Like any other contest, profits must be generated, otherwise the whole project will run into the ground. Just a couple of weeks ago, Wood made a statement that really got me thinking. He stated that Women’s Bodybuilding “saved the Olympia,” and in a very real way, it just might have. The fans kept hearing the rumors and they kept clinging to whatever hope they could find, but when it was announced that Ms. Olympia was, in fact, coming back, the crowd at the Orleans Arena went nuts. I know, because I was there. And from the moment of that announcement, up until the contest itself, the fans couldn’t get enough. The anticipation grew and the show blew everyone’s’ minds. I think the Masters Olympia can and will do the same. I also think it’s smart that the promoters didn’t set themselves up for a possible failure. Sure, they could have rushed it and made it happen in 2022, but nothing good comes out of rushing around. Setting the contest for 2023 will ensure everything is planned and executed, perfectly.

When it’s all said and done, ticket and PPV sales will determine just how successful the Masters Olympia production will be. Hotel reservations, flights, and other arrangements, will collectively provide promoters with some accurate readings of what’s to come. The more buzz the contest has, the bigger the event will be. If the Masters O enhances the overall weekend, like the Ms. Olympia has, there’s no doubt this will also affect the size and attendance of the expo, the athlete meet & greet, and most definitely translate to more Olympia VIP packages sold. Also, don’t forget what the legends’ own social media platforms will do. These guys get boatloads of views, sales, and their engagement is through the roof – on a normal basis – but imagine what it would be as they prepare to hit the stage. Imagine seeing a great from yesteryear, changing week to week, day to day. That would be liquid gold You’d have a number of huge names, all working towards hitting the Masters Olympia stage. It could be a really, really big deal. The only question, as far as I’m concerned, is who’s going to compete?

I suspect there’s quite a few big names who are already exploring the logistics of doing the contest, but given their super high profiles, I suspect they’ll employ a wait-and-see approach until, at least, January 2023. By that point, the event will probably be a lot more solidified and I think we’ll witness some pretty blockbuster announcements.

Also, I’d hope the prize money would be pretty substantial. If the prize money is 10 or 20 grand, it’s not going to draw big names; however, if they put a $100k purse with a cool looking Sandow version for the Masters event, I could see that incentivizing the big boys. Another possibility would be a $50k purse with maybe a decked out truck or muscle car. There’s any number of ways to come up with a generous prize package, but it has to make sense. I’m sure there’s going to be many surprises to come, in what will most certainly be another world class production from Jake Wood, Dan Solomon, and their awesome team.

Who do you think would throw their hat in the ring?