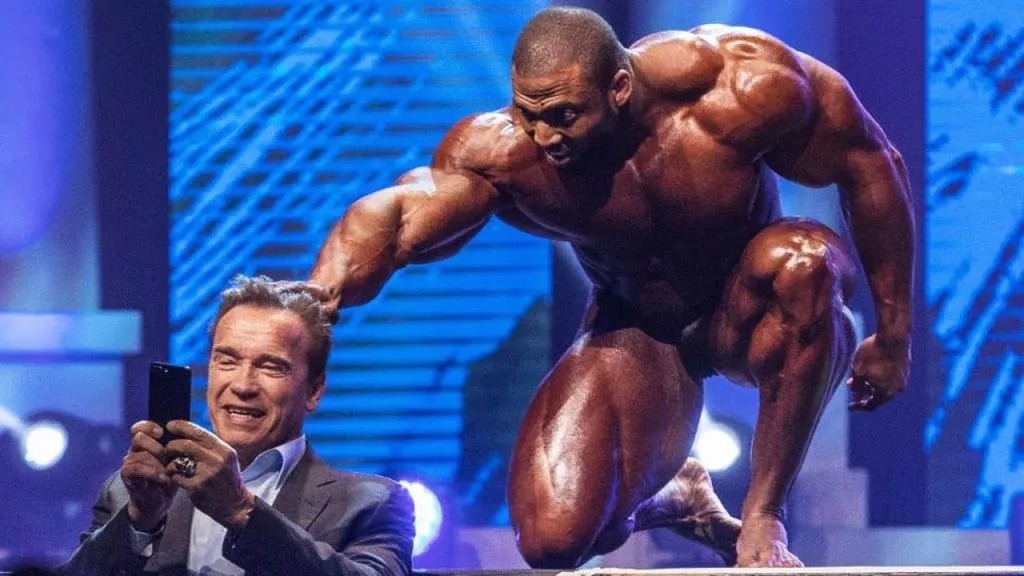 The news that 2017 Arnold Classic champion Cedric McMillan had died, was met with utter disbelief by the bodybuilding community. I first saw the news in a post by Nick Trigili of Bodybuilding and BS. I knew for quite some time that “The One,” as he was called by fans, was dealing with some health issues. I think everyone knew something was up when he more-or-less withdrew from last year’s Reno Sports Festival. His health seemed to be deteriorating over the course of the last few years and his inactivity from the stage had become a topic of much discussion on the boards, Facebook groups, and among bodybuilding influencers. Just a few years prior, he would’ve won Reno in his sleep!

After all, back in 2016, McMillan pushed Kai Greene to the limit. Some say The Predator was barely able to get the win. One guy who vehemently disagreed with the judging and who was one of Cedric’s biggest fans, was none other, than Arnold Schwarzenegger. In fact, The Austrian Oak often remarked that Cedric was the current embodiment of a bodybuilder straight out of the Golden Era. The two shared a friendship and mutual respect for each other which was rare. One only needs to compare Arnold’s reaction to Cedric’s win in 2017, to that of Kai’s in 2016, or Nick Walker’s in 2021. When Nick won, Arnold couldn’t get out of the venue fast enough. When Cedric won, he walked over to the stage and took a selfie with McMillan in front of a packed venue, with millions of fans glued to their computers all around the world.

Cedric was very much a people’s champion. His longtime coach, Chris Aceto, would often go on record as stating that his star client could easily become Mr. Olympia. The problem wasn’t his physique, much less how he presented it, rather, it was a question of what the judges wanted.

Many of the fans believed that The One never got a fair shake. With the exception of the 2017 Arnold, they believed Cedric was often underestimated and relegated to lesser placings. While anyone can make a plausible argument when it comes to judging in a subjective sport, I can’t say I’d agree that McMillan didn’t get love from the judges, officials, or the federation. In fact, he was the recipient of a special invite to the Mr. Olympia and he was always a favorite of the media. The RX connection, thanks to Aceto, was always very strong, but he also appeared on countless other, popular websites. He wasn’t shy by any means and he often annoyed people by his unabashed honesty and special sense of humor.

I would be a liar and a hypocrite if I said I was a fan. He had put out a video shooting snapping turtles that really got under my skin. I thought it was f*cked up and I won’t deny that I took a certain disliking to him. He also wasn’t especially nice to me at shows, but also didn’t go out of his way at being rude, either. We weren’t friends, but we also weren’t enemies. I always recognized his achievements on the stage, his love of the fans, and his eagerness to grow bodybuilding. I respected him for that and while I never held back from being critical, he never lashed out at me – publicly or privately, as some others have. In hindsight, I think he knew how to treat critics and fans alike, and that’s important, especially for someone at his level.

One thing I can honestly say I’ll miss, was his posing. Cedric posed like no one else. There’s posing that’s entertaining, like what Fred “Biggie” Smalls does, then there’s more creative posing like what Kai Greeene is known for, but when it comes to art in posing, that was McMillan – all day! This is probably why he got such a strong response from Arnold. Even when he won his contest, he talked about how as a kid he’d watched the Conan movies and knew, right then and there, that that was something he wanted to be when he grew up. He was directly inspired by Arnold and his peers. In a very real way, that early childhood inspiration carried throughout his bodybuilding journey. Winning in Columbus was the culmination of an amazing career.

Who knows if Cedric’s desire to compete well into his 40’s may have contributed to his death. The fact is, even at 44, he refused to call it quits, despite the fact he was competing far less. And even when he was competing, he just didn’t look the same. It’s like he wasn’t the same person. So why did he do it?

He had a great job as an NCO in the U.S. military. I’m sure whenever he decided to retire from active duty, he’d have a nice pension waiting for him. He was also a top draw for countless companies. Although he’d moved on from Redcon1, it seemed he had a deal with Blackskull and a lot of interest from others.

The fact is, Cedric was an Arnold Classic champion, with close ties to Arnold, himself. He was a multi-year Olympian, he was a great speaker, and he was considered super credible by the fans. If he had wanted to hang them up and focus on new chapters within the sport, he would have had no trouble transitioning. That said, maybe he thought he still had some gas in the tank. Or maybe he just loved getting on stage. Whatever the case may have been, he was a man who lived life on his terms. And that’s really the only way to live. Still, maybe if he’d retired and slowed down, he’d still be here with us, today. We just don’t know, and we may never know.

Moreover, who knows if he had pre-existing issues or if he had close calls in the past. For as much as he liked the press and being candid, I think he did a great job of keeping his personal life, private. As of press time, we don’t have a confirmed cause of death, but word on the net is that McMillan succumbed to a heart attack.

Whatever he may have died from, fans all over the world, simply, cannot believe it. Everyone is mourning. This is a very sad day for the sport of bodybuilding and it’s important that we show respect during this very difficult time.

I, for one, thought it was necessary to pen this article, as well as sound off on my own social media. Even though I wasn’t a friend – or even a fan of his – it’s the right thing to do. For as much as people knock the fact we’re a “niche sport,” another way to look at it is, that we’re all family. Everyone knows everyone and right now we’ve lost a guy who gave his life to pumping iron and inspiring people to work out. It’s a sad day, but I have no doubt that Cedric will be remembered and his many achievements will be celebrated for generations to come. RIP