Differences Between Running on a Treadmill vs. Road vs. Trail 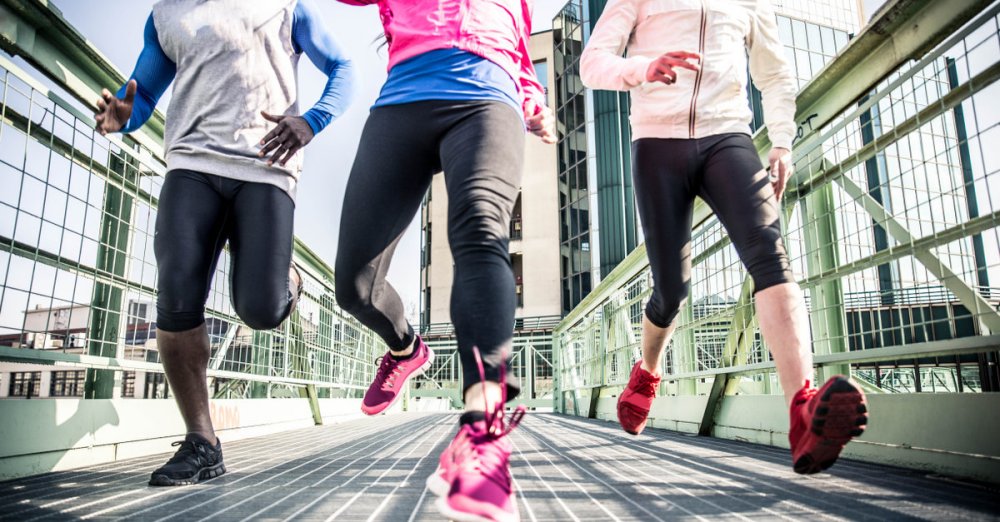 Running… you either love it or hate it. For some, it provides a euphoric high (commonly referred to as a “runner’s high”), and for others, there’s no amount of money in the world that would have them lace-up shoes and move any faster than a brisk walk. Based on the title of this article, I’m assuming you enjoy running. Therefore, let’s take a deeper dive into running on a treadmill versus running on the road versus running on a trail.

It’s undeniable that there are benefits associated with running. Some people love to run long distances, others love to do sprints, others love running in the great outdoors. Regardless of your preference, running is a fantastic form of exercise that not only helps burn calories but can also help improve the health of your heart.

Those on a budget will love the fact that you can run for free without it costing you a dime (other than the clothing and shoes you wear). The only time you’d need to “pay” to run would be when at home or the gym and you’re running on a treadmill.

Let’s take a deeper look into running on various surfaces and some of the things you should know and understand if your passion is running.

Running on the road or running on a treadmill might be a similar experience for most people, as it feels like the same activity, but those who are truly into running and who have been doing it for a long time can tell you that there’s a definite difference.

The effort is perceived differently by the body depending on the amount of exertion felt by the runner during the activity. Reports say that this is a psychological event where the body tries to determine how difficult a particular task is. This perceived exertion makes each kind of running experience different from one another.

What exactly does that mean?

The amount of exertion felt in all these exercises is important because it will determine how much we benefit from the exercise itself. The treadmill makes it easier to run by moving the conveyor belt in the direction we are running, thus reducing the exertion put on the body. On the flip side, running outside on the road or trail running will demand more effort and thus have a better effect on the body because you’re having to push off the ground when on pavement versus having a belt underneath you moving and making the task a little easier.

Running Through the Ups and Downs

Running on flat roads can expose you to painful shin splints by putting pressure on your shin bones. As odd as it may sound, running uphill can actually reduce that stress (while it being a little more challenging than running on a flat surface).

One significant consequence of running on a treadmill is that it does not train lateral agility. Since a person can only run in a singular direction on a treadmill, the body does not train to make sharp turns or improve the balance required in doing so. Running on the road or trail running is heavily beneficial when it comes to training lateral agility. The control of the movement required to make sharp turns is an added benefit for people who choose to run outside.

Running on a Treadmill May Be Your Best Option

However, there are some cases where running inside, such as running on a treadmill, is better suited than running outdoors. For instance, during bad weather, when the air quality is poor, or during a long-lasting pandemic.

It is not always possible to get outside for a run. Running outside in the middle of a snowstorm will be risky as you might slip and fall or even catch a cold. Similarly, running with a mask on in the middle of a worldwide pandemic might still not be a safe way to run (the face mask can restrict the amount of oxygen you’re able to breathe in). In times like these, running on a treadmill may be your best option — especially if you have one at your home.

Running on a treadmill is a safer choice for people who are just getting started with running. A treadmill allows a person to adjust the pace of the run and has better shock absorption than roads due to how the deck of a treadmill is constructed.

It should be noted that if you are just starting out, it’s not a good idea to see how hard and far you can push yourself on your very first day (unless you don’t play on getting out of bed the following day due to extreme soreness). That means, don’t crank up the incline or speed when just starting out running on a treadmill. While mentally, you may think you’re prepared, your body may not. And falling off a treadmill and being through due to the pace of the belt can cause injuries.

The Best Choice is What YOU Enjoy

All in all, running can be a fantastic way to stay in shape and clear your head. The choice of running on a treadmill, on a road, or on a trail really comes down to what you enjoy.

Running on a treadmill is a great way to get and stay fit no matter the weather. Pounding the pavement on a road of your choice can put you in the zone and help you achieve a runner’s high. And hitting the great outdoors by running on trails is a fantastic way to enjoy nature’s beauty and tackle some everchanging terrain as you move further and further into the trail. So, lace up your kicks, put on some comfy clothes, and start running!