Energy Drinks – The Good, The Bad, and The Yuck! 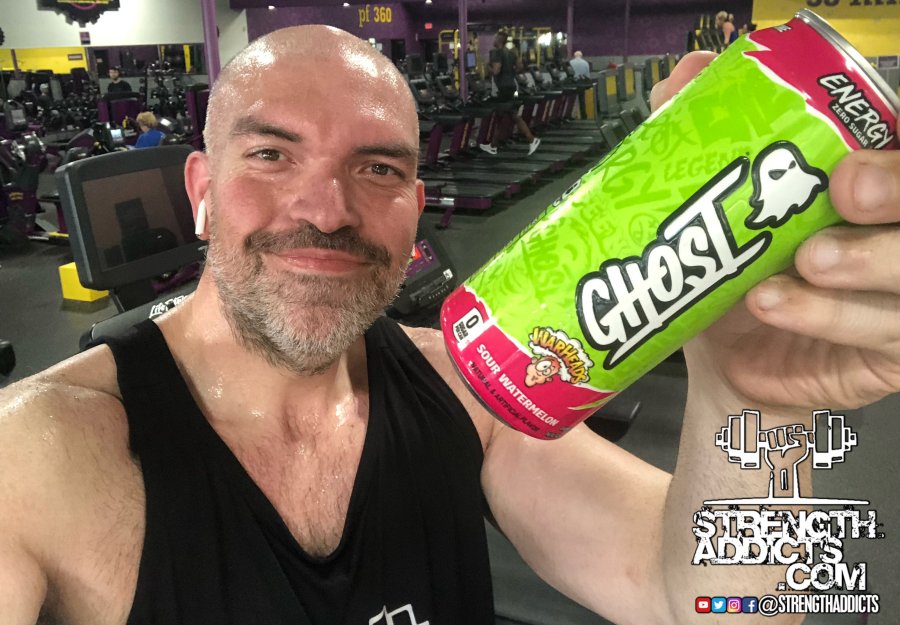 Everyone loves energy. People are addicted to caffeinated beverages, consuming vast quantities of coffee, teas, and various soft drinks. Most sodas have a comparable range, though some really push the envelope. If you’re into pop and you’re looking for maximum buzz, you’ll probably reach for Sunkist or Mountain Dew. That said, you’re unlikely to stop there.

The more dependent you become, the higher your tolerance tends to become. Before you know it, caffeinated sodas have no effect. You drink them and they just barely take the edge off your fix. You want more and if you don’t get it, your mood might be affected, you might produce at lower levels, and you may even experience some headaches. Moreover, you might also get super cranky.

Most people that consume caffeine, however, don’t allow themselves to get the point of withdrawals. They neither have the time nor the interest to run experiments on themselves. Plus, consuming caffeine, is as American as apple pie. Take me, for example, for $8.99 I can have all the coffee and tea at Panera that I want. That’s usually where I write my articles for Iron Magazine. I like the noise of people around, the awesome coffee, and the ability to write and write and write. OF course, I’m drinking coffee the whole way through. How much coffee? Who’s counting? I know I’m certainly not. That said, coffee won’t do it, for me, pre-workout.

When I’m going to the gym, I need something extra. I’ve dabbled with pre-workout powders before, but mainly, I need to have an energy drink. While I’m working, I need to have one as well. It provides a kick in the ass unlike anything else. And they’re delicious, for the most part.

In this article I’m going to go over my favorite energy drinks. The vast majority are great, others are ok, and some, some are a bit on the not so good side. As the old saying goes, “if you don’t have anything nice to say, don’t say anything at all.” That’s true, but when you’re a consumer and you’re shelling out your hard earned cash, I think it’s ok to sound the alarms on gross tasting products.

Just recently I started drinking Ghost energy drinks. These have made their way to Kroger and their cans have a very cool, hipster look to them. Always remember, we eat and drink with our eyes, first. If products look boring, they might be the best tasting and the best for you, but a lot of people will just walk by them.

In today’s day and age, companies that want to make buku bucks, take the time to do their homework. They make marketing a top priority, they hold focus groups, and they run polls on social media. The fact is, no one truly knows what’s cool and what’s not, so the companies that want to be ahead the curve, tend to listen to the youth and study their trends closely.

Ghost has successfully made an indelible impression on the younger demographics of the fitness industry. As a result, their energy drinks received enough of a push from influencers, to get the attention of mainstream grocery stores. Once you buy the can and crack it open, you smell the flavor in question. It hits you immediately. Once you take your first sip, you taste the flavor, almost as If you were eating a slice of mango or watermelon. And after you swallow, you’re subconsciously waiting for an aftertaste that never comes. Even the can has a particular grip to it. Maybe grip isn’t the right word; maybe it’s the general feel of it, but it’s just innovative. All I can say, is that this product covers all the bases. You’ll look cool drinking it, you’ll love the taste, and the natural caffeine kick you get, will leave you very happy. Here in Louisville, they sell for $2 a can. A great deal!!

My next favorite would be BANG Energy! Jack Owoc from VPX hit a homerun with these drinks. And while some of his claims border on the whimsical, Jack has always been a high energy guy. He’s from bodybuilding, after all. In our sport and in our industry, hyping up products comes with the dinner. If you’re not loud and aggressive about your line, you’re going to be forgotten almost immediately. He’s neither soft-spoken or mellow, he hit the ground running, going from products like Redline and NO Shotgun, to rivaling energy drink giants like Red Bull, Monster, and Rockstar.

Like Ghost, BANG Energy drinks are refreshing, taste amazing with no aftertaste, and they come in a variety of flavors. Their look has become a bit dated, but they are unrivaled in the number of flavors they have, and the degree to which they advertise and work with social media influencers. Their Whole Lotta Chocolate is a favorite, as well as Red White and Blue, Miami Cola, Peach Mango, Champagne and about ten more. I’m most definitely a BANG fan!!

Reign is another top favorite of mine. These drinks come from the Monster line and like BANG, pack 300mg of caffeine. I have never had a Reign I don’t like, but of course, I have my favorites. Like BANG, Reign’s look is a bit dated, but overall it’s a must. Both brands could definitely use a makeover, but they both taste amazing with zero aftertaste, and several different taste profiles that will leave consumers very happy. My favorite Reign flavors would have to be Orange Dreamsicle, White Gummy Bear, and Blue Razzle.

I’d avoid buying Reign at gas stations, as you’ll likely get ripped off, but they usually have good Buy 2 deals and 4 packs at most mainstream grocery stores. The best deal, for either BANG or REIGN, would be 24 packs at Costco, provided you have a membership. If you go that option, you’ll always get them for under $2 a can.

Rockstar is my next favorite energy drink. While they also have a 300mg caffeinated line, I’d avoid them. I give the cotton candy 2 stars out of five. I’d give the watermelon 3 stars out of 5. They do have a strawberry which is quite good (4 out of 5 stars), but they seldom, if ever, stock it. They also have a Pure Zero line, which has 240mg of caffeine. While there’s a few good flavors in this line, their Tangerine Mango, is to die for!!

Below the 300mg caffeinated drinks, you have your basic energy drinks in the 160-200g caffeine range. These include your basic Monsters, Rockstar’s, C4’s and the discount brands. While Ghost has 200mg of caffeine, I put its kick-level with the 300mg options.

In the 160 category, Monster Lo Carb is a great choice. Monster’s Zero Carb isn’t very good, but it has its fans. Rockstar’s regular line isn’t much to write home about. C4’s are never reasonably priced so I never give them the time of day. With regards to discount brands, I’d say Venom is a good choice (especially the sour apple); I’d run from Rip-Its, although their citrus flavor is passable. Venom’s and Rip-It’s sell for $1, so you can’t really complain all that much since you’re getting 160mg of caffeine in an ice cold 16oz can.

All in all, energy drinks can get expensive, and you’ll easily get hooked, but there’s just nothing like ‘em. I love them to work my 9-5 and when going to the gym. If I’m writing articles, however, I might prefer coffee. Honestly, it’s different strokes for different folks. What’s your take on energy drinks? Are you a fan? Which are your favorites? I look forward to reading your feedback in the comments.