Give A Coach A Chance! 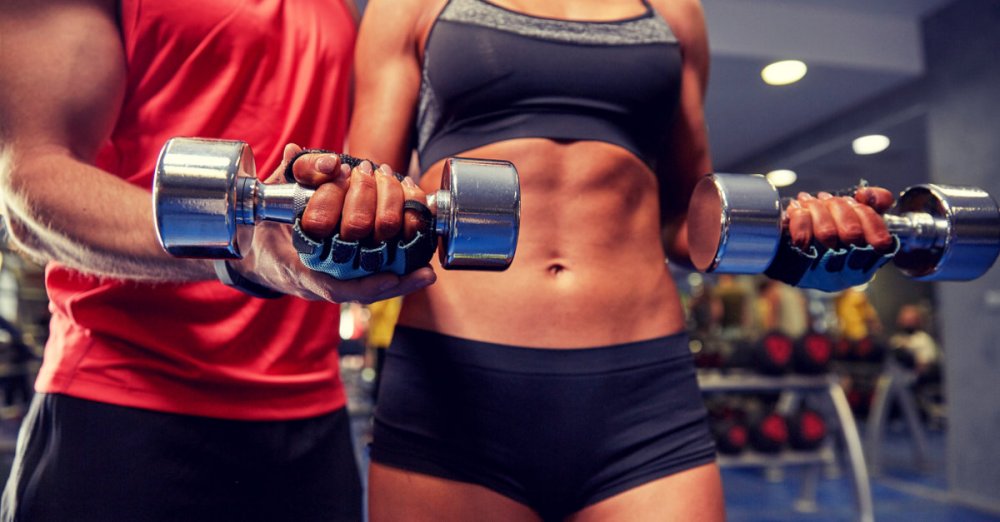 Coaches in the fitness industry get burned all the time. Competitors need to think about themselves, first, and that’s something I’ve long advocated; however, with certain caveats. I believe that competitors, particularly new ones, don’t really do their homework when it comes time to hire that very important person who either does it all (training, nutrition, supplements and posing) or professionals that address individual aspects of a prep.

Some may be of the school of, you get what you pay for. I’ve, personally, seen a lot of this. While there’s folks who want to filter prices with the lowest figures first, there’s others who like to see who the priciest practitioners are, and choose among that group. Surely, if they charge top money, they have to be able to back it up with results. While that’s pretty warped logic, it’s an approach many take. Others, simply look at the number of National Quals and pro cards the coach has. That’s a much better litmus test for how good they are, but it’s also not indicative of how that coach will do for you. Ultimately competitors who interview potential coaches, ask around, and feel comfortable interacting with the right candidate(s) (especially disagreeing with them), probably make the right choice.

There’s great coaches out there that not only allow feedback, but they encourage it. The great coaches can take a potential client’s rebuttals, break them down, and address them point by point. The best coaches make themselves accessible and they ensure that there’s healthy communication. The bad coaches either get mad at questions – or – ghost their clients after each monthly dues payment clears. Bad coaches also may try to answer, but may not know how.

There’s a ton of red flags that can give a bad coach off. If they don’t have testimonials, if the consensus among competitors in your area is generally dis-favorable, and if they try to rush you into signing up, these should all prompt caution lights going off.

If a coach seems desperate to get your business, that should definitely raise some eyebrows. Again, there’s the good kind of hungry (for business) and then there’s desperate. But assuming you found the right person, they know what they’re talking about, and you can let your guard down around them, then you should give that coach a real, honest opportunity to show you what they can do. That’s only fair, right?

Many clients, whether competitors or lifestyle folks, want instant gratification. Whether they want a top level amatuer physique or they want ripped abs for the beach, they expect a good coach to be able to deliver even faster than is humanly possible. Even if the client is making progress towards their goals (e.g. losing body fat, improving agility, etc.), the gains may not be coming fast enough. At this point, clients may consult another authority, take more supplements, and/or eat more food than what’s on their plan. Some may think it’s ok because they’re just eating more protein or good fats – it’s not like they’re eating simple sugars. It’s not ok!! Its like if some random magazine article says they could get away with it, then surely that trumps whatever their coach says. It’s utter insanity!!

This also happens with training, training frequency, and poundage’s moved. If what the coach advocates just isn’t getting fast results, impatient competitors second and third guess what they’re paying for. And THEN, not only don’t they take accountability, but they blame the coach for their failure.

It’s important that if a competitor hires a coach that they give that expert the truth. If the relationship is in real time, honesty is key, but if the work is online, then it’s absolutely imperative. I don’t care how sharp a guru’s eye may be, online clients need to be extra honest. They need to put it all out there. What do they really eat, how do they really train, and where, if anywhere, they’re failing. Also, there needs to be a point in time when control is relinquished.

If you hire a person to transform you, give them a real chance to do so. If you do absolutely everything they say, how they say, then you can blame them all day and night if you fail. I mean, if you absolutely must blame someone, because I don’t think a coach can accurately know your physique in just one prep or even in just one year, but if the results are good and you’re seeing changes, then you keep going, right? I mean, I would. At the very least, if you’ve done everything as written for you, then maybe you don’t need to do any of the finger-pointing crap, but at least you can move onto another guru. That’s both reasonable and proactive. Unfortunately, many great coaches don’t even get the chance to prove what they can really do, either in a prep, or much less in a year.

Other times, coaches might be truly committed and clients might be truly committed, but outside gurus either overstep boundaries or try to poach, outright. If you have a posing coach, you can surrender to that posing coach, and you can do whatever poses and transitions that person feels are best suited for you. The same way you wouldn’t second guess your nutrition person on macros, you wouldn’t want to undermine your posing coach on what you’re paying them for.

If your posing person wants you to stand relaxed a certain way and you’re adamant about having your way over theirs, you might eat a bad placing as a result of it. Your other coaches (e.g. training and nutrition) won’t be over the moon with you, either, because they might have done wonders for you, but because of your disregard of your posing person’s directives, you took a bad placing. That bad placing might cost all the coaches work. You might get the trophy or ribbon on stage and be up there all alone, but how you finish affects a lot more people than just you. Still, there is a certain potential danger in working with multiple coaches.

For the record, I’m not advocating working with one coach for everything, but it certainly makes things simpler. On the flipside, if you can have three or four great coaches, each handling different aspects (e.g. training, nutrition, supps and posing), then boundaries would be the name of the game. Also, whenever you’re dealing with coaches, no matter how close they may be – or – even if they say they’re all family, poaching is always a concern. If there’s coaching, there could be poaching. Again, boundaries in a multiple coach setting are absolutely critical. If your posing coach starts sharing his/her assessment on what you’re eating or how you’re training, that’s an overstep.

Mind you, even just giving their opinion on areas outside of their scope, is an overstep. Although the control you’ve relinquished to a diet guru may only be for nutrition, that person undeniably has sway over your decision-making process, in general. If suddenly, that person were to question your supps person’s advice, even “innocently,” that’s going to take a toll on you. If anything, it will create some type of doubt, and from doubt comes second guessing. This is where honesty is key, but this is also where multiple coach settings could lead to chaos.

If there’s four coaches, each assigned to a specific task, who’s in charge? Some teams do have multiple coaches, but the team is headed by one person. That can work fantastically, but again, boundaries are absolutely fundamental.

In other situations, there might be a coach who can handle most of the prep, but maybe may be ok with you going to another expert for something they can’t do. Believe it or not, posing is probably the #1 extra service that many excellent coaches just don’t feel comfortable enough to include as part of their package of services. I know plenty of coaches who moonlight as posing coaches. And I also know quite a few of these coaches who, word has it, like to poach every chance they get.

Remember, wherever there is coaching, there is poaching. Any coach who tries to poach you, whether subtly with game or blatantly with disregard – RUN!! You can’t run fast enough from coaches like that. All they care about is money. Everyone can eat, but they want to stuff their faces. Worst yet, you’re not even a client to them -you’re just a car note, spending cash, or easy money.

Great coaches don’t do that, especially not with clients that have been sent to them by decent coaches. A coach isn’t stupid for sending his/her clients to another coach purporting to only help with a specific field. In this situation, the full blame falls on the shoulders of the dishonest guru.

Competitors/clients in this situation need to inform their main coaches and take it from there. Most, however, don’t, and when they fail at their goals, guess which coach looks bad – surely not the poacher.

I wish I could have made my case in a few sentences or at most, a paragraph. It’s really a very basic concept, but there’s just so many ways that a prep can completely go wrong. Some of the instances involve dishonest or restless competitors, some involve coaches who overstep boundaries, and some are the product of poachers.

While there are situations where a competitor may end the coaching relationship midway through a prep, it would be VERY suspicious to me, if a competitor ended the relationship a week or two out, then got with another coach out of nowhere. If the results were good, that interloper would get all the accolades, but if the placing were pitiful, then the coach who got dropped would bear the brunt of the failure. Most people wouldn’t blame the poor coach who only had two weeks to work with, even if in those two weeks he/she undid all the great work their predecessor had accomplished. That’s because, in bodybuilding, success is measured by placings. It’s as simple as that.

While my heart goes out to competitors who have been ripped off and been had, I’m equally sympathetic to coaches who do right by their clients and get screwed. They don’t crash diet them, over-train them, or pressure them into routines that could lead to injuries. They get to know their clients, they work with them on setting realistic goals, and they tailor everything to their individual specifications. Then, usually for some trivial reason, the client leaves them and jumps to another coach. I’ve seen competitors do this for years and not only don’t their physiques improve, but their placings get worse and worse. Many burnout and disappear from the stage, indefinitely. Some never return.

My one and only parting thought is this, when you hire a coach, give that person a real chance. Whatever comes of it, that’s fine, but really, truly, give them a chance, first. Thanks for reading. I look forward to reading your feedback in the comments.