How Much Do Bodybuilders Really Eat? 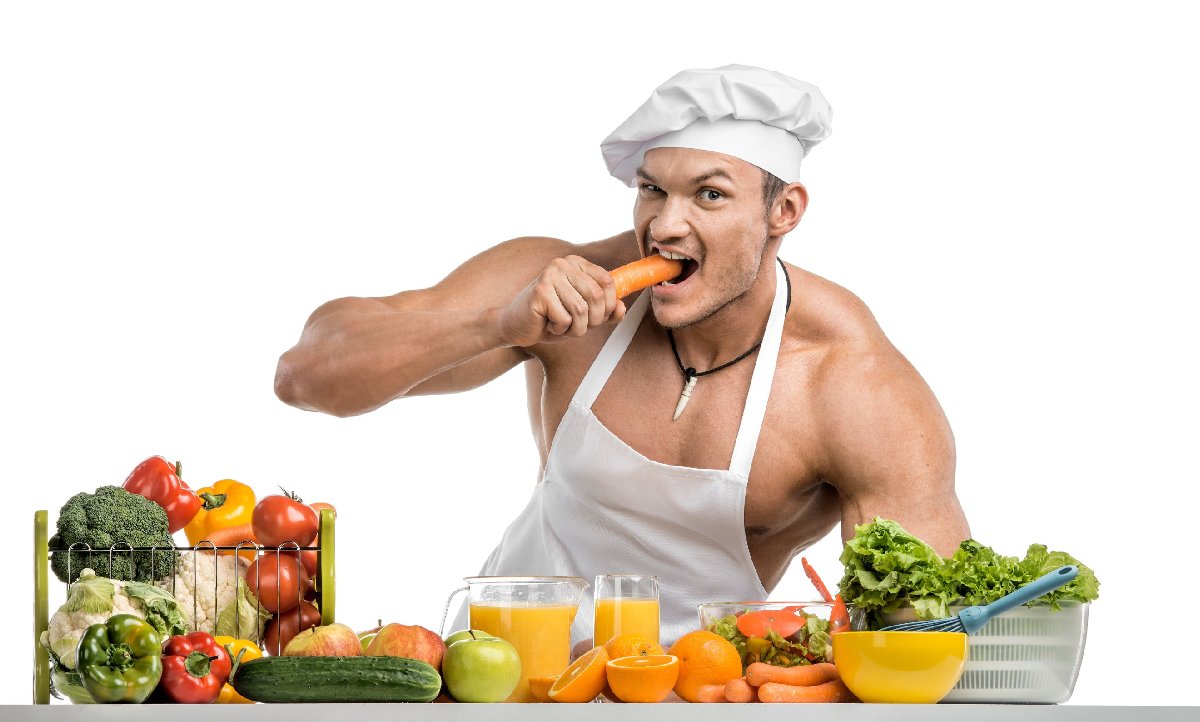 Over the years I can honestly say I’ve interviewed thousands of physique-based athletes. I have come across those who can endure the pain and those who yearn for it. I’ve met guys who dive into the PED’s to those who use them as little as possible. There’s folks who love to pose – practicing for hours on end – to others who hate each mandatory presentation. The fact is it takes all sorts.

This is a sport with many facets to it. There’s many moving parts to what it takes to be successful on stage. The gym takes a sizable portion of time. Taking supps is also serious work. They have to be timed. Some you take on an empty stomach, others right after eating. If you take them at the wrong time you won’t get the full benefits and when you’re competing at the most elite levels you can’t leave anything to chance.

Bodybuilding isn’t a sport for the lazy. Convenience takes a distant backseat to efficiency. People don’t eat for enjoyment, much less for flavor, and it just so happens that nutrition is probably the most time-consuming activity of all when it comes to getting ready to hit the stage. Everything else depends on what division you’re competing in. If you want 300lbs of muscle on stage you’ll probably have to take a lot more gear and train a lot heavier, but in the end nutrition is where it’s at!! It will determine what’s what.

Nutrition for a bikini athlete is as time consuming as it is for a bodybuilder. One may eat less portions but the frequency is about the same. Most top level competitors eat six times a day. They typically eat the same staple foods (e.g. chicken, rice, and low glycemic vegetables). The key difference isn’t what you eat or how often you eat, but how much you eat. This is why bodybuilding is the toughest division in my opinion. Some guys just can’t eat the sheer number of calories that are necessary to keep up with the grueling training and the aggressive supplement protocols. This is why we have one, two, maybe all of three guys well over 300lbs 16 weeks out from the 2022 Mr. Olympia. By this point most of the 300lbs guys have shrunk down by 30, 40, or 50lbs!!

It’s one thing to eat huge in the off-season, but it’s quite another to keep the good calories coming and retain muscle tissue in-season, especially during contest prep. That said, even “bad food” still requires endless chewing, digestion, and using the facilities. It’s a lot more enjoyable getting 6,000 calories in ice cream, donuts, and pizza, but it too gets old. Even if big bodybuilders could get away with eating snacks and treats to hit their numbers a lot of them would still fall off.

Eating is a full-time job. Eating for efficiency is like eating unflavored yogurt, jello, raw kale – it’s about eating anything that you have zero eagerness to eat. And doing it over and over again. It may not necessarily taste bad. It might not taste like anything. That’s the kicker!! And then having to eat whatever it is that’s on your plan six, seven, or more times a day is enough to drive anyone crazy!!

Having to eat based on an alarm clock and then your own mind becoming said alarm clock is just too much for many to deal with. Once this level of discipline is achieved some guys never turn it off. They couldn’t even if they wanted to! Food no longer elicits any kind of response. There’s no euphoria, no excitement. Eating just becomes another life function not too different from breathing.

I have done countless interviews where guys will stop at nothing to make themselves hungry. They can pound the hell out of the drugs but unless they eat big, they won’t grow. Other guys will stubbornly try to defy this norm by how they train. Some will train everyday – only to burn out. Others will try Mike Mentzer’s approach and train one body part every 7-10 days and exert maximum overload when they do.

Again, without eating big, this all just a lot of energy expended but the muscle won’t grow more. It might help for muscle size and it may help things like symmetry and balance, but no one is going to put on quality weight quickly by either upping the training and/or upping the supps without significantly eating more.

Some guys will turn to MK just for appetite. They’re not even looking for the growth benefits like deeper sleep and faster recoveries, they’re doing it because they want it to help them slam more calories. Others try more tried and true approaches like getting baked. So long as they can still get themselves to the gym and take their muscle-building supps that might work but even that only goes so far. Unless you can smoke several times a day, everyday, you’re going to have a problem. Also, even though it’s nowhere near as harmful to your health as cigarettes, IMO, you’re still smoking. Some might argue that elite level athletes should limit how much they smoke and/or drink (alcohol-wise). Again, it might not significantly undermine their efforts in the gym or the kitchen, but it would make sense to abstain if seeking to perform at optimal levels.

The really hardcore will chalk it all up to will.

There’s the will to succeed and there’s not. They’ll ask how badly does the competitor want it? How far are they willing to go? Are they willing to eat to the point they puke, brush their teeth, and go eat some more? Are they willing to do that? Are they willing to have endless heartburn, indigestion, and take dumps that could stop a NYC sewer line? I know it’s gross to talk about but when you’re eating 6,000 calories you’re not going to take parakeet shits. And while I’m sure you’d rather not destroy your church’s toilet, you’ll never make it to your car, let alone to the gas station down the street. That might have worked for the dad on Friday, but he was a dog catcher not a 300lb bodybuilder!!

In reality, you either sideline a bathroom or shit your pants. These are the judgment calls reserved for freaks. And the really big guys, it’s been speculated, can’t even wipe themselves, but that’s for another conversation. That’s more the calories on the way out – we’re talking about the calories on the way in. All jokes aside, the most hardcore lifters and hardcore gearheads will be waving white flags after just a few weeks of eating like a top bodybuilder has to. They just can’t stomach it – literally!!

The same way you train your muscles, you have to train your stomach, your GI tract, and your intestines. Pro Bodybuilders have to take a page from Pro Eaters. You will never eat like a regular person while you’re a competitor on that level. Even once you’re retired you don’t just flip a switch. Look at guys like Jay Cutler and Dexter Jackson. Do you think they’ll ever truly let themselves go? Do you think we’ll ever see them sporting potbellies and/or huffing and puffing just walking from booth to booth at a big expo? Guys like these will always be the definition of fitness. Guys like me will always wonder when they’ll make their comebacks. No matter how much time passes, they will always be threats!

Eating is the real litmus test, it’s what really separates the wannabes from the real hardcore guys. Now more than ever – in an age of whiners and snowflakes – being hardcore is even more rare than it was in the 70’s, 80’s, and 90’s. Millennials – no matter how badass – will have real problems suffering for suffering’s sake. There’s no way around it. There’s no accolades for grinding through, pushing through, not giving up. You either get in the shape of your life and battle against the best in the world – or – you don’t. End of story.

I’ve seen and heard some bodybuilders slam some serious calories on the daily – consistently. I’ve seen a lot and while very little would surprise me by now, I think the vast majority of the bodybuilding public is clueless as to how much these guys really, truly eat. Forget about the drugs for a minute and forget about the poundage moved in the gym. Just take an hour – or better – take a day to think about how much these guys eat. Don’t just look at a number like 6,000 calories and think of it as six pints of Ben & Jerry’s. Think about how much lean protein, complex carbs, and boring-ass veggies must be prepared, portioned out, and consumed according to a rigidly laid out schedule – day after day. That’s where it’s at. It’s not glamorous, it’s not exciting, but that’s where it’s REALLY at.