Is Bodybuilding Media Really the Problem in the Industry? 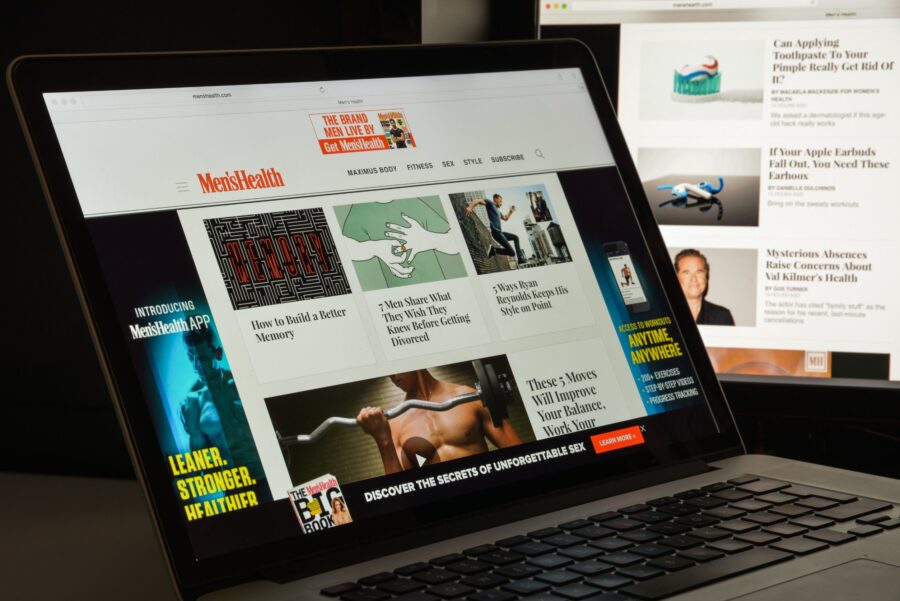 Back in the day, we had bodybuilding and fitness magazines that promoted the sport of bodybuilding. They did interviews with the athletes, published information about them, talked about shows, who did what and why, but today those magazines are basically all gone. The new era of bodybuilding media is here, and everything is online and immediate.

Social media is taking over as fans, and bodybuilding media personalities flock to the various platforms to post images, videos, opinions, feedback, and thoughts. Things these days move at a faster pace than they did back when the magazines were showing up in people’s mailboxes. Now, you have live streams online from the show and people posting images as the athletes walk out on stage. Bodybuilding media has evolved, and you no longer need to wait a month just to know what happened at shows, who won, and how everyone looked.

While I consider myself part of the bodybuilding media, I’ve somewhat stepped back from content revolving around the sport because athletes are so damn soft these days. For big, muscular guys full of testosterone, you’d think through their emotions they were a girl going through puberty when someone from bodybuilding media says something about them.

So, is the bodybuilding media really to blame for athletes getting upset? Are they doing more harm than good? Let’s discuss.

Bodybuilding Media is the ONLY Group Helping Athletes

Backtracking to the good old days with bodybuilding magazines, those outlets were the only way bodybuilders were known and featured. If you weren’t in magazines, no one knew about you. Well, today is no different, only the platform is digital. If people and bodybuilding media outlets aren’t talking about you, no one knows you or what’s going on.

You have platforms such as Nick’s Strength and Power, Bro Chat, Desktop Bodybuilding, Bodybuilding & BS, Rx Muscle, and many others who cover all the happenings in the sport. Are they correct 100% of the time? No. But are they doing their best to report factual news? Most of them are.

The fact of the matter is that without them, you don’t matter as a bodybuilder. No one else is shining a light on you. Do you actually think the IFBB cares about you, your financial stability, and your future? Quit kidding yourself.

What has the IFBB done for you other than giving you a stage to walk onto? Do they cover your bills? Do you have a contract like any other pro sports league where you get paid whether you win or lose? Do they provide you with benefits such as medical? Do they have athletic trainers who look after you to ensure you are healthy? If you’re doing well, can you renegotiate your contract for more money? What deals outside of the sport have the IFBB helped you secure, such as commercials or being the face of a marketing campaign? More importantly, how much are you getting paid from competing, and how much does it cost just so that you can have an IFBB pro card and get into shows?

I’ll give you the blunt answer to all those questions. The IFBB isn’t doing a damn thing to help you. You’re on your own. You’re making THEM money for next to nothing in return. Bodybuilding is a very selfish sport, and unfortunately, many bodybuilders are being played by the brass, who are just as selfish. It’s a business to them, and they’re using bodybuilders to put butts in seats and make money.

When you see a bodybuilder show up on a television commercial, did the IFBB help secure that deal? No. The bodybuilder either worked to get the deal, or they hired an agency to help them move forward with their career outside of bodybuilding.

Bodybuilding is like an underground fight club. It’s not a household event where people sit down on the weekend to watch bodybuilding shows. It’s not like that at all. Therefore, the general population has no idea who you are because no one covers the sport other than bodybuilding media. So, are they really the enemy?

You’ll Listen to Judges, But Bodybuilding Media is Wrong?

Many people in bodybuilding media have been around the industry for many years. It’s not like they suddenly decided to start working in the industry and are just getting their feet wet. They know what they are looking at on stage, they can pinpoint areas that need to be improved, and they can make a fair comparison of who should place where at shows and why.

While some bodybuilding media outlets have their favorite athletes they get behind, they are pretty good at being fair and not pushing too hard in one athlete’s direction because they are friends or anything like that. But what really gets annoying is when bodybuilding media breaks down shows and how people placed and why they thought so, and all of a sudden, anything they say gets certain athletes’ butt hurt.

In many cases, it’s clear as day when athletes are standing in a line who needs to bring up what body parts, where they’re holding onto water, how their conditioning compares to other athletes, etc. I know bodybuilders have thin skin so that they can show off their physique, but I wouldn’t have thought they have thin skin from an emotional standpoint. You’re basically a beauty pageant contestant who is having their looks judged by a panel. What do you expect people to do or say when mentioning how you looked on stage?

I mean, you’re in a sport where your body is being judged and critiqued. Why is it that if I or any other bodybuilding media outlet makes a comment that your back needs more detail, I’m an asshole and don’t know what I’m talking about, but if you ask a judge after the show what you need to work on and they say more detail in your back, that’s constructive criticism?

Bodybuilders want people to talk about them, but only when it’s in their favor. I’m sure Lebron James thinks the same after a bad game. But the truth is, having your name come out of someone’s mouth is getting eyeballs on you — which isn’t necessarily a bad thing.

So, rather than looking at bodybuilding media as the “bad guys,” think a little deeper about what they are doing to help keep the sport alive and in front of fans who want to learn more about what’s happening in the industry and keeping you relevant.