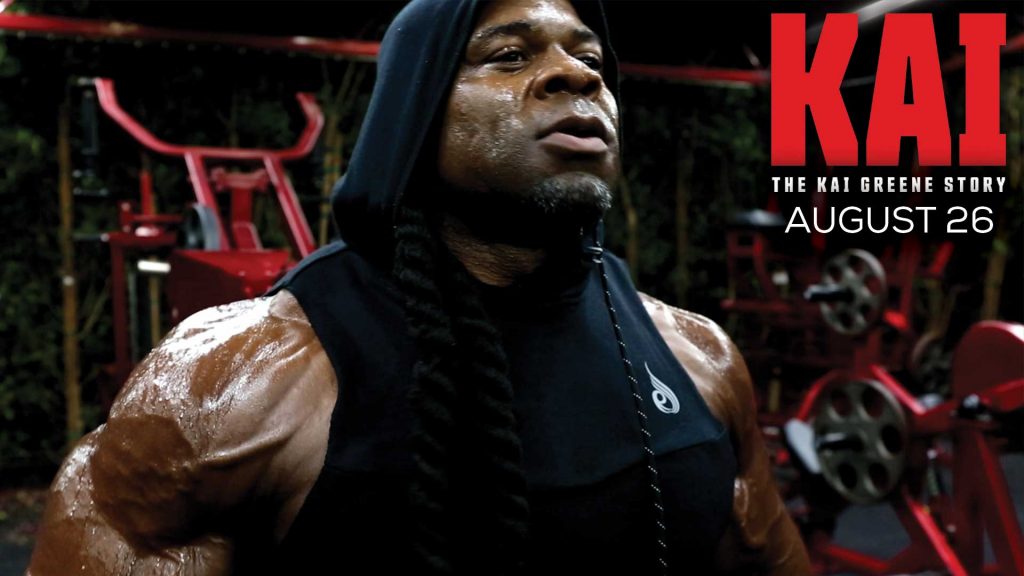 I’m just going to say it like it is… Who cares? Not only do many people in the industry not care for Generation Iron and their “news” reporting, but Kai Greene isn’t even relevant anymore. Not only that but he’s burned just about every bridge he’s had in this industry — including the fans.

I’d be naïve to think that there aren’t still some Kai Greene fans out there. Heck, many of those delusional individuals probably think we’ll still see him come back to a competitive stage. That said, I’m definitely not one of those people.

The industry has moved on. No one is talking about Kai Greene anymore. Does anyone even know where he is or what he’s doing these days? I’ve lost interest in the guy, and, quite frankly, the industry doesn’t need him or his antics.

Kai Greene Needs to Go Away

I used to be a huge Kai Greene fan. I, like so many in the industry, thought that he had an amazing physique that could one day win the Olympia. Putting his grapefruit escapade to the side, at the time, he was a pretty good ambassador for the sport.

When Kai voiced his opinion about the old owners of the Olympia and made up some storyline that he could flip into a movie he could star in, things started shifting in terms of his legacy and time in the sport.

As we all witnessed, Kai Greene has been nothing short of a con artist, in my opinion. How many years did he tease the fans of the sport that he’d be returning to the Olympia stage only to bow out because he knew there was no way for him to ever beat Phil Heath. He was even given a special invite and still sat on the sideline.

Then there was Dynamik Muscle that never really did well with his name behind it, and where is it today? Gone. Then you had Kai riding Aaron Singerman’s coattails to stay relevant in the sport by being a RedCon1 athlete. Well, how’s RedCon doing these days?

It’s one mistake after the next with Kai, and now he’s doing a documentary as if the industry gives a shit about him anymore. Come on, now. This guy must be delusional. The industry has moved on. There’s a new group in the spotlight, and it’s going to stay that way. The industry doesn’t need Kai.

This Generation Iron Documentary is Going to Fail

Had Kai decided to do a documentary during his competitive days, I’d say the documentary would have done extremely well. These days, Kai is forgotten about, and it should stay that way after what he did to the sport and the fans. Why should anyone watch this documentary or spend their money on Kai? I sure as hell won’t be. Why would I?

Go back and watch just about any interview Kai Greene has ever done, and you’ll realize he never answers any questions directly. He dances around the questions with some poetic bullshit and turns every interview into a puzzle that causes the fans to need to look around for the pieces to see the big picture of what he’s talking about for answers.

Now, I’ll be the first to say that Kai is incredibly smart and a great speaker. Will there be some gems in the documentary that will set off lightbulbs in people’s minds? I’m sure. But again, what has he done for the sport lately? Nothing. Not a single thing. So, why would anyone care? Everyone watched The Last Dance because of Michael Jordan. No one was asking for a documentary on Steve Kerr.

If Generation Iron came out with this interview years ago when the Kai versus Phil rivalry was going on, everyone would have made a ton of money. Now? There’s no way this documentary is going to do well.

Does Kai have an incredible backstory of his struggles growing up as a child and all the things he had to overcome? Everything from the streets to finding his purpose in the gym and following the light to the competitive stage? Sure. But it’s irrelevant now in terms of his role and spot in the industry.

Is Kai hurting for money that he needs to do this documentary? No, I don’t think that’s the issue at all. However, I see this documentary as a means to help his acting career and potentially open up more doors for him (assuming anyone who could actually help him watches the documentary).

I Wish All Parties the Best, But I Don’t Think Anyone Cares Anymore

If you made it this far into the article, you probably think I have something against Kai and Generation Iron. I really don’t. Do I like either party? I wouldn’t say I care for either, but that doesn’t mean I don’t wish them the best.

I think Generation Iron can do a lot of good in this industry. Unfortunately, I haven’t seen anything from them that is setting the world or industry on fire.

When it comes to Kai, I hope he does well in his future endeavors. But again, I couldn’t care less what he does outside of the sport, as it has no bearing on bodybuilding anymore. Like I said before, he’s burned all his bridges in the sport, yet, Generation Iron still seems to believe in him and wants to create content that involves him.

Personally, I think Generation Iron would get more out of working with relevant bodybuilders that are competing for the Olympia title than spending their time, money, and effort on someone who teased his fans every chance he could get by hinting at a comeback, only to let every single one of them down year after year. I can’t get behind that, and I’m not sure many other people will either, which makes me question why they agreed upon this documentary in the first place?