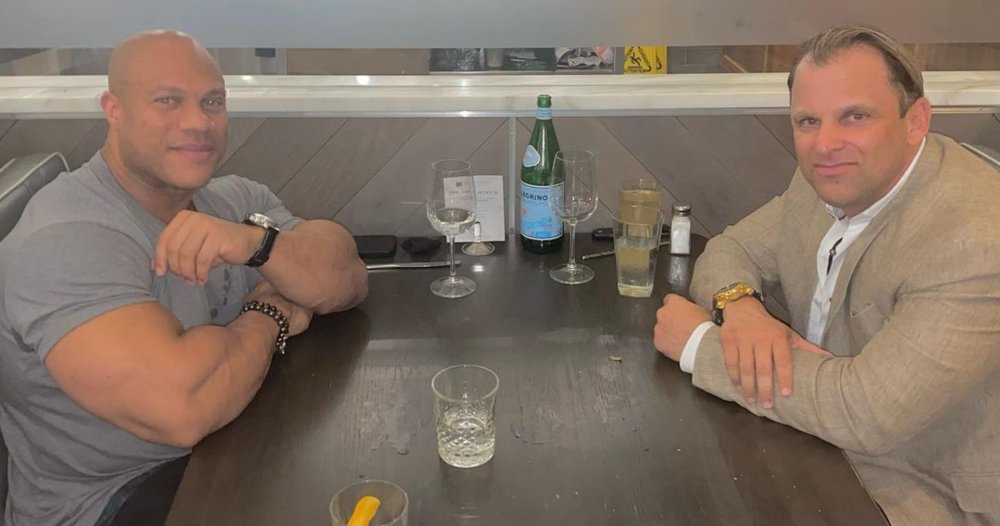 When Chief Olympia Officer Dan Solomon released photos of a dinner he’d had with 7x Mr Olympia Phil “The Gift” Heath, it sent shockwaves throughout the bodybuilding world. Phil’s dozens of fans around the world took to their social media apps and raved about the unlikely, but possible, return of the greatest bodybuilder from Colorado to the bodybuilding stage.

Phil’s ascent through the amateur ranks was lightning fast; even from Day 1, everyone, including Mr. Olympia Jay Cutler knew that this kid was going to be a superstar. Once he earned his IFBB Pro League pro card, everyone looked to him to win all the major titles, including the Arnold, and of course, the Mr. Olympia. For the first time in a long time, then, the pundits and the media were all in agreement. Phil Heath would be larger than life. And his tenure on top was also something quite noteworthy.

Much like Ramy, Phil was able to hold his competition at bay, not necessarily because he had a better physique or posed better or was more conditioned, but just because. The fact is, there were years Kai and Shawn Rhoden had him on the ropes, wondering what day of the week it was, but the judges always would put him on top. That’s real bodybuilding, folks! And Heath didn’t just gloat in the glory, he was a joy to be around. Sure, he blocked anyone who didn’t bow down, he insulted members of the media, and he attacked peers who dared think they could one day be #1, but overall Phil did a lot to make sure bodybuilding stayed the small, niche sport it was. This took great effort, like back when he antagonized Kai Greene to his melting point, like the year NBC was supposed to the air the Olympia, but didn’t. Yes…, the sport has missed Phil and now there’s the chance he might return. Or is there? After all, there’s this meeting…

Dan likes to meet with Kai almost every year. Kai has never come back and he looks amazing. They usually hang at an office, maybe at the gym, maybe go out to eat. The one thing about Dan, is that he makes friends with the bodybuilders. If Dan is your friend, he’s really your friend. He’s a real stand-up guy and he likes to reconnect with old friends and posts photos on IG, as a matter of custom.

Now, mind you, he’s the COO for a reason. He was, after all, the mastermind of Pro Bodybuilding Weekly and Digital Muscle. He knows marketing – he lives for it! Dan knows that if he posts a shot like this with Phil Heath, it’s going to go viral, creating more hype for the Olympia, and thus increasing demand for booths, VIP packages, and ticket sales. This type of photo is also going to create a considerable amount of buzz on message boards, the various social media platforms, and Facebook groups. Wherever fans congregate, they’ll discuss the sport and the implications of Phil taking the stage. And what are those?

Right now bodybuilding is an awkward spot. Some might argue that a changing of the guard is taking place, with guys like Nick Walker and Hunter Labrada knocking on the door. Meanwhile greats like Roelly Winklaar and William Bonac are largely being ignored, despite hugely impressive resumes. The top contenders, namely Brandon Curry, can’t seem to catch a break. You look at what The Prodigy brought to the Olympia last year – or – what he brought to Columbus just a couple weeks ago, and your jaw drops. I mean, he’s full, round, and hard. He puts on 20lbs of muscle, drastically improves his wheels, but yet can’t seem to regain his title.

A lot of fans are bored. Even after two years of Big Ramy’s rule, they want change. From 2017-20, the sport saw 4 different Mr. Olympias, but now it seems like The Egyptian Phenom will have a reign of 3, 4, maybe 5 Olympias – minimum! And what’s aggravating about that, is that he doesn’t look like anything. In fact, some argue that Ramy regressed from 2020 to 2021. Imagine that, his physique degraded but he still won. Maybe, just maybe, if Phil came back at 100%, maybe the possibility of him getting 8, tying Haney and Coleman, might be enough to sway the judges. Maybe it’s the only scenario where Ramy gets bested, but how likely is a Phil comeback?

Legacy is also very important and right now Phil could retire with 7 Sandows, a couple runner-ups, and a 3rd place. If he comes back in 2022, but fails to place Top 3, what would that do for his brand? What if he failed to place Top 6?

For many, that might seem out of the question, but in 2013, a strong case could be made that Jay didn’t deserve 6th. That’s not a knock, just an objective opinion on a subjective sport. I love Jay, but he’ll even tell you, that show wasn’t about winning, as much as it was about doing it for the fans. That said, Phil claims his midsection is tighter than ever and that he’s totally healed. He looks great, but he’s also not at 3% bodyfat, oiled, and under a million lights, standing next to Brandon, Hadi, and Ramy on the Mr. Olympia stage. It’s one thing to look great next to an Olympia exec or in a selfie at the gym, but it’s quite another to stand next to Mr. Olympias and top contenders who make bodybuilding a career. Truthfully, Phil would have to be damn near perfect to want to throw his hat into the ring. Further, the money would have to be right, and no one gets paid just to compete – at least not in bodybuilding.

If Phil were to compete and took 4th or less, how much money would he really stand to make? After all, he’s not backed by a supplement sponsor, He does have an active YouTube channel with decent engagement, but by this point, I can’t imagine anyone would invest in a documentary around his prep for the 2022 Olympia. Unlike previous Mr. O’s like Ronnie or Jay, Phil’s audience is considerably smaller and I’d argue, far less loyal, than Cutler’s, Coleman’s, or even non Olympia champions like Kai Greene or Kevin Levrone. Unless the documentary or docudrama was a free download, very few investors would get too excited about putting a million dollars into a digital download for purchase given these factors.

The only way that I could see Phil competing, would be if there was guaranteed money. Otherwise, he’d be paying to compete and there’s far better business ventures for him than that.

Assuming there are deals in place I’m not aware of and assuming Phil wants to compete, this dinner may have been a meeting of the minds, perhaps with marketing plans and press releases to come. If Phil can bring his best and provided his body has healed, he could do as well as winning the contest, but he could also fall considerably short. Only time will tell what Dan The Man and The Gift discussed. This could also be a mutually beneficial media drop, much like we’ve seen from Kai Greene since 2016. One thing’s for sure, it’s got us all talking and we won’t stop talking until we know, definitively, what’s going on. What say you? Do you think Phil will hit the stage – as a competitor – at the 2022 Mr. Olympia? And how do you think he’ll do?