The Benefits of Kombucha Tea and Why You Should Drink It 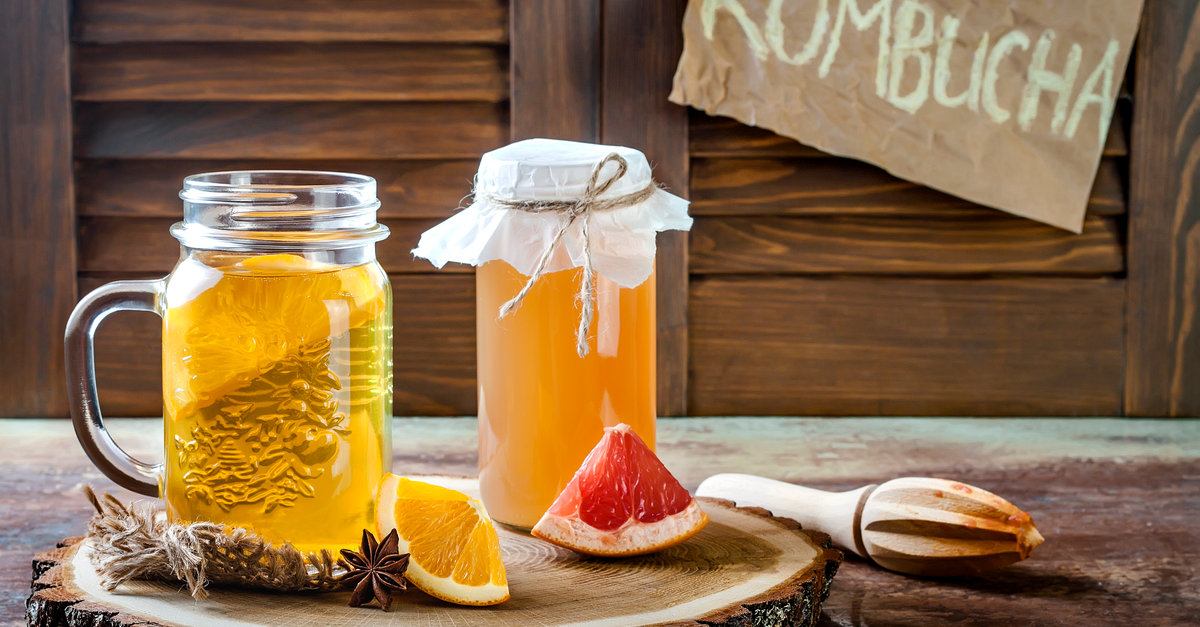 Changing times, changing trends — and these days, changing one’s lifestyle. The shift towards the holistic lifestyle is on an all-time high. With this change, it’s only natural for many people in the modern world to substitute alcohol consumption with tea drinking. Whether it is because of a health problem or just a dietary preference, it seems kombucha tea has been getting a ton of attention lately. Don’t believe me? Go ask the people stocking the shelves at your local natural food store.

While herbal teas are nothing new and have been around for what seems like forever, kombucha has been recently introduced and advertised as something that can solve many health issues. It’s for that reason that so many people have started drinking kombucha tea to address their various health concerns.

Disclaimer: This article is for informational purposes only. It is not meant to treat or diagnose any condition. The information found within this article is not medical advice and should not supersede a doctor’s diagnosis and treatment plan should you have a health condition. The use of kombucha tea should never be a replacement for any medication that your doctor puts you on.

What is Kombucha Tea?

Kombucha tea is a fermented beverage, which is made from black tea, and a colony of bacteria and yeast called SCOBY (symbiotic culture of bacteria and yeast). This type of fermentation, along with the probiotics that are produced, makes it an incredibly health-promoting beverage.

Fermented foods, like kimchi, sauerkraut, yogurt, and kefir, have been around for thousands of years in order to help preserve food. The process of fermentation provides beneficial bacteria that can improve gut health. Kombucha is simply another fermented food/drink option that has become popular in recent years.

The Benefits of Kombucha Tea

Drinking tea is a great way to boost your health, and kombucha tea is one of the more beneficial teas that you can either make or purchase prepackaged from your local grocery store. This specific tea is slammed with health benefits that can improve your digestion and overall health. 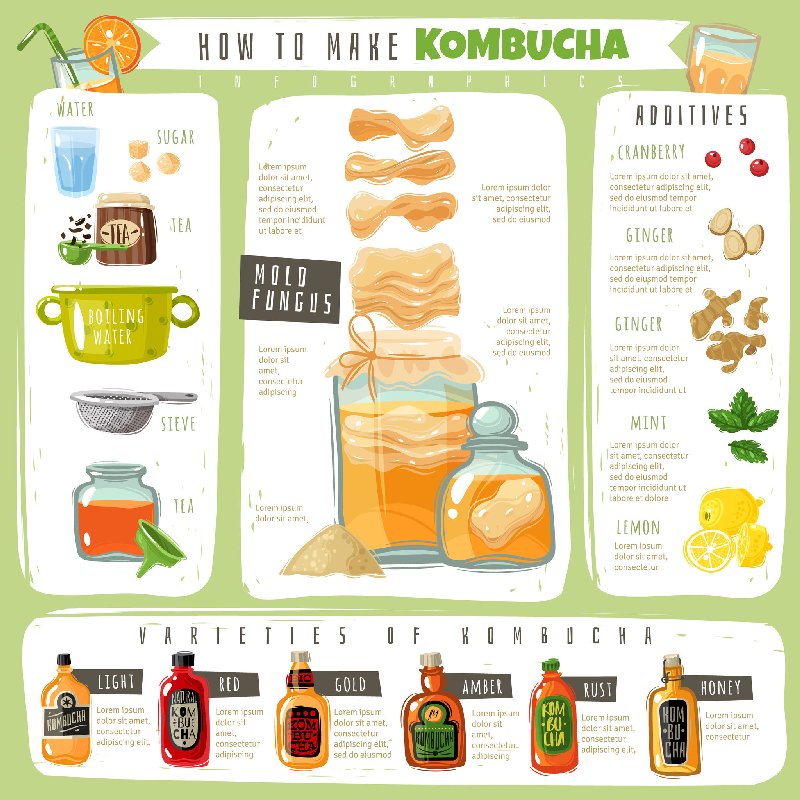 Kombucha tea is thought to originate from China or Japan. It is made by putting specific bacteria strains, yeast, and sugar into green or black tea, and allowing it to ferment for a week or more.

During the fermentation process, yeast and bacteria form a mushroom-like film right on the surface of the liquid. This is why kombucha is often referred to as “mushroom tea.”

This blob is a living symbiotic group of bacteria and yeast, also known as SCOBY (mentioned earlier), and can be used for the fermentation of new kombucha.

The fermentation process creates acetic acid and many other acidic compounds, gases that make it carbonated, and trace levels of alcohol.

A huge number of bacteria also develops in the mixture. Although there is still no proper evidence for the probiotic benefits of kombucha, it has many species of lactic-acid bacteria that might have a probiotic function.

Probiotics provide your gut with healthy bacteria. These bacteria can enhance many aspects of your health, including inflammation, weight loss, and digestion.

For this very reason, adding beverages like kombucha tea to your diet plan may improve your health in many different ways.

Kombucha tea is rich in antioxidants, which are important and can protect you from disease and aging.

The antioxidants in this popular drink can help boost the immune system, fight free radicals before they can do damage to the body, and can also help reduce inflammation.

According to studies, it was found that drinking kombucha tea on a regular basis reduces liver toxicity caused due to toxic chemicals, in some cases, by around 70%.

One of the primary substances manufactured during kombucha fermentation is acetic acid, which is found in abundance in things such as vinegar.

Similar to polyphenols in tea, acetic acid can kill many potentially harmful bacteria.

Again, thanks to its strong antibacterial properties, kombucha can help protect the body against infection-causing bacteria.

One of the most impressive benefits of kombucha tea is its ability to potentially protect against cancer. This fermented tea contains antioxidants that can help fight free radicals in your body and prevent oxidative damage. In addition, it may even be able to kill cancer cells and prevent them from spreading. More research is needed to understand its full effects and how it can help protect against cancer.

If you drink coffee or energy drinks to give you a much-needed boost of energy each day, consider switching to kombucha tea instead. It contains caffeine and B vitamins that can give you an energy boost without the crash that often comes after drinking other caffeinated beverages — not to mention, you get all the health benefits that come along with drinking kombucha.